Appointed Director of Sales and Marketing
At One&Only Palmilla in Los Cabos, Mexico 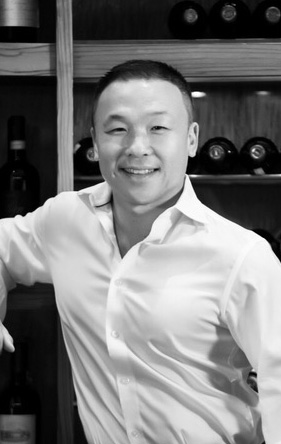 One&Only Palmilla, the iconic ultra-luxury resort in Los Cabos, Mexico, has announced the appointment of Kelly Teo as its new Director of Sales & Marketing. In this role, Kelly will be responsible for managing the commercial efforts for the resort and overseeing the sales and reservations teams, as well as strategic marketing campaigns and partnerships to achieve the resort's short- and long-term goals and objectives.

Kelly brings with him a wealth of experience within luxury hospitality, having worked with both domestic and international hotels for over 17 years. He has led the sales and marketing teams of luxury hotel brands such as Waldorf Astoria, St. Regis, EDITION, The Ritz-Carlton, and InterContinental on the West Coast of the U.S., as well across the Asia-Pacific. Most recently, Kelly was the Director of Sales and Marketing at Waldorf Astoria Beverly Hills after returning to California from Hong Kong, where he spearheaded pre-opening sales and marketing efforts for The St. Regis, Hong Kong. Prior to that, he was the pre-opening sales and marketing leader of The Sanya EDITION in China - the first EDITION hotel in Asia-Pacific where he was instrumental in developing the overarching positioning and sales strategy for the brand in this new market.

Kelly began his hospitality career in San Francisco, California as Group Sales Manager at the Hilton San Francisco & Towers. Covering both group and transient segments, he has additionally worked with Renaissance Parc 55, Hotel Rex - a Joie de Vivre hotel, and the landmark InterContinental Mark Hopkins. In 2010, Kelly moved to Los Angeles to join The Ritz-Carlton, Marina del Rey as Director of Sales and was promoted to Director of Sales and Marketing in 2013 where he led the team in achieving the highest total room revenue in the history of the hotel. He grew within Ritz-Carlton Hotel Company and Marriott International, crossing continents and working in Asia for the following six years before returning to the United States at the end of 2019. Kelly is a graduate of the University of California, Berkeley with a Bachelor of Science degree in Business Administration from the Haas School of Business and a recipient of multiple hospitality industry awards and hotel sales achievements.