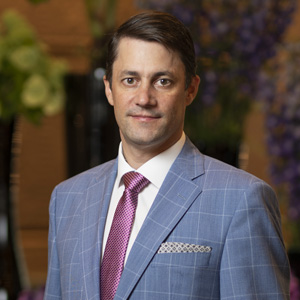 Swiss born and educated, the multi-lingual Messerli has a Bachelor's Degree in international Hospitality Management from Ecole Hotelière de Lausanne following his training as a chef, and it's no surprise that he's particularly excited to work with Dani Garcia and his team at Dani, as well as the Hotel's additional outlets Isa and El Patio.

Having been recruited by Four Seasons in 2005, he's travelled the world, increasing his responsibilities in assignments from the United States to the Caribbean and South America, Europe, the Middle East and the Indian Ocean, where he earned his first General Manager position at Four Seasons Resort Seychelles before moving to Shanghai, China. He is now returning to Europe to open the company's first property in Spain.

1 October 2020 — As the highly anticipated Four Seasons Hotel and Private Residences New Orleans continues to prepare for its grand opening next year, General Manager Mali Carow is overseeing every detail of what will be one of the largest hotels in the company's portfolio.
read more