As Senior Vice President of Operations and People Operations, Foyil is responsible for all operations and people services for Sensei Wellness. Foyil joins the Sensei team with a unique skill set backed by a law degree from Rutgers University, Master of Science in Labor and Industrial Relations from New York Institute of Technology and more than 20 years as a leader in the wellness and hospitality industries. Prior to her role at Sensei, Foyil was the COO and CPO for Mynd, formerly known as Red Door Spas, overseeing 26 facilities and 1,200 employees. Additionally, Foyil worked at Canyon Ranch for 15 years with executive oversight of 22 globally positioned spa, fitness, wellness and medispa operations and onboarded five distinctive cruise lines along with a global crew from nearly 60 countries, performing 450,000 treatments annually. During her tenure at Canyon Ranch, Foyil was involved in various expansions of the brand including locations in Las Vegas, Miami Beach and the growth of Canyon Ranch At Sea from one location to 22 locations in just five years. 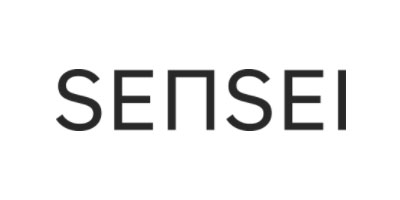 Sensei applies data-driven health knowledge and utilizes technology in its programs and services to promote preventative care and healthy lifestyle practices. It was founded by Larry Ellison, technology pioneer and co-founder of Oracle, and Dr.
more information
Recent Appointments at Sensei

3 March 2021 — Lara Weiss was recently appointed Director of Sales & Revenue Management at Sensei where she will lead the team in meeting sales objectives and goals. Weiss comes to Sensei with a strong background in hospitality having worked at a variety of West Coast companies and properties including The Beverly Hilton, The Hollywood Roosevelt, Thompson Hotels, Kor Hotel Group and more.
read more