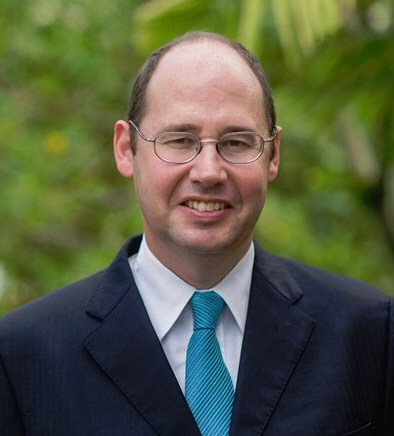 A highly-skilled Swiss hotelier with almost three decades of experience, Alexandre has worked with leading hotels and resorts in five countries. He also has a deep knowledge of the Thai hotel sector, having spent the last 16 years living and working in the Kingdom.

It was destiny that Alexandre would become a hospitality expert; he was born and raised in his family's 24-room hotel in the countryside near Geneva, in his native Switzerland. Having learned about the industry from an early age, he attended the prestigious Ecole Hôtelière de Lausanne and graduated with a Diploma in Hotel & Restaurant Management. This formative time in his life also coincided with Alexandre's first exposure to Thai culture, when he served an internship at the former Phi Phi Palm Beach Resort in 1990.

The early stages of Alexandre's professional career were spent with Hilton, as he worked his way up from being a Reservation Sales Agent to Front Office Manager, and culminating with the senior positions of Director of Operations and Director of Business Development at Hilton Beijing. He then moved back to Thailand with Amari/Onyx Hospitality Group, achieving his first General Manager's role in 2006. He has since managed some of Bangkok's leading properties, including Centara Watergate Pavillion Hotel.

During his career, Alexandre has taken part in a takeover, a rebranding, two renovations, and the opening of two different spas. He is an active member of SKAL International, the Swiss-Thai Chamber of Commerce, and Swiss Society Bangkok, and speaks six languages: English, Thai, French, German, Italian and Japanese.

S Hotels & Resorts, a subsidiary of Singha Estate Public Company Limited, is a new era Thai-inspired personalized hospitality brand that caters to upscale travelers with an independent spirit. The group offers guests a portfolio of 39 properties in 5 countries with a total of 4,647 keys and provides guests with the opportunity to experience the best destinations from a unique perspective while enjoying world class facilities and tailored services.
more information
Recent Appointments at S Hotels & Resorts

6 February 2020 — CROSSROADS Maldives, the country's largest integrated leisure and lifestyle destination developed and operated by S Hotels and Resorts, has announced the appointment of Audra Arul as Cluster Director of Sales and Marketing for the complex, with responsibilities encompassing its two newly opened hotels: SAii Lagoon Maldives, a Curio Collection by Hilton, and Hard Rock Hotel Maldives.
read more

25 October 2019 — El Amri boasts more than 25 years of experience in the hospitality field and has held increasingly complex positions in the hotel industry in the Middle East throughout his career, including countries such as the Kingdom of Saudi Arabia, Kuwait and the UAE.
read more