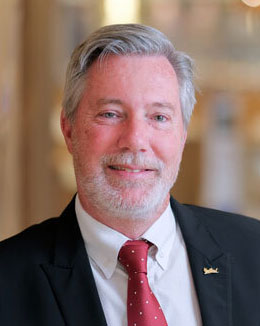 Rob van der Velden has been appointed as the General Manager of Radisson Hotel & Convention Centre, Johannesburg, O.R. Tambo, which is the first of its kind in Southern Africa.

Rob was born in the Netherlands but has spent most of his life in South Africa with an education from Wits Hotel School in Hotel Management. He started his career as a banqueting Manager and worked himself up by developing his knowledge and expertise ever since. Developing oneself and the team you surround yourself with is the key to success", says Rob.

With over 30 years' experience in the hospitality industry, Rob has held various key positions across hotels in South Africa, Egypt and Nigeria. Rob has consistently been part or lead teams in diverse, competitive and challenging environments and has a proven track record in coaching and developing team members; something he holds close to his heart.