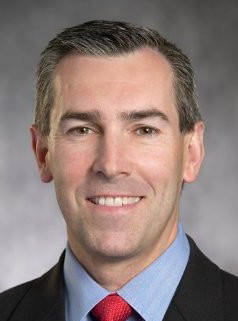 Harrah's Resort Southern California has welcomed Robert Livingston as the resort's new senior vice president of tribal development and general manager. Livingston has been a valued member of the Caesars Entertainment team for over 29 years, holding eight years of previous experience as assistant general manager of Harrah's Resort Southern California, followed by time as the senior vice president, general manager of Harrah's Ak-Chin, where he has led this team for the past 10 years. During the last four years of his tenure at Ak-Chin, Livingston also served as the regional president and liaised with many Tribal Governments across the country on behalf of Caesars Entertainment.

Livingston began his career with Caesars Entertainment in 1991 as a senior corporate accountant at the corporate headquarters in Memphis. He held several finance and operational roles throughout the Central Division of Caesars for the first half of his career before moving west in 2003. In his revitalized role at Harrah's Resort Southern California, Livingston will oversee all resort operations including leading strategy to increase revenue, be the liaison between the Rincon Tribe and Caesars Entertainment and further elevate the spirit of "Funner" through creative resort and company culture initiatives.

28 January 2020 — Marshall began his culinary journey at the age of 14, working as a dishwasher and then as a cook for Marie Callender's in Phoenix, Ariz. After a brief stint working in finance in Northern California, he realized his true passion was cooking and moved on to spend five years apprenticing at various Hyatt Regency properties before accepting a position as a chef saucier at the Four Seasons Resort and Club Dallas at Las Colinas in Irving, Texas in 1994.
read more