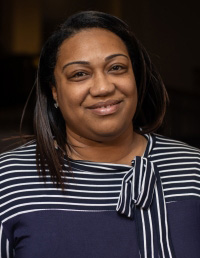 Janessa Corpuz was named the hotel's General Manager. She has more than 20 years of hospitality experience and previously served as GM for Midas Hospitality's Courtyard by Marriott in St. Peters. Corpuz has worked in numerous capacities and earned many awards during her noteworthy career.

Founded in 2006, Midas Hospitality specializes in the management of award-winning hotel properties across the U.S. The firm focuses on select-service and extended-stay experiences for global brands including Hilton, Marriott, and IHG.
more information
Recent Appointments at Midas Hospitality, LLC

15 June 2021 — Emmenegger will create a synergistic plan that embodies all levels of leadership and management for Midas Hospitality and will work alongside sister companies Midas Construction and Midas Capital. She also will be responsible for the strategic division of Midas Hospitality's nationwide hotel portfolio into two separate regions, building a new alignment where each team exclusively handles its own sector's operations, sales, revenue management, and marketing efforts.
read more

15 June 2021 — Eigelberger will oversee the leadership teams and the strategic planning of the two separate regions, managing the organic elevation of internal promotions and overall responsibilities based upon the company's new growth model.
read more