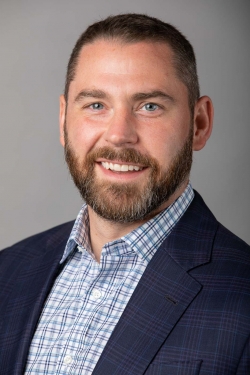 Thiele joins the Hyatt family following a decade with Kimpton Hotels, where he gained experience ranging from front of house to housekeeping management to leadership. He will oversee all aspects of operations at Alila Marea Beach Resort Encinitas in this new role, from day-to-day staff and guest management to serving as an ambassador for the hotel and brand. The Carlsbad, Calif. resident has spent the past seven years as general manager with assignments between Southern California and the Pacific Northwest. Thiele received the Rookie of the Year Award at the 2017 Kimpton Hotels and Restaurants Annual General Manager Conference and two years later was given the Total Asset Management Award at the 2019 conference.

"I am eager to lead the outstanding team as we work toward opening the doors of Alila Marea Beach Resort Encinitas," Thiele shares. "The adventurous nature of the Alila brand celebrates local culture, community, cuisine and destination, and I am thrilled to showcase all that the Alila Marea Beach Resort Encinitas will have to offer, starting in early 2021."

Most recently, Thiele was at the helm of Kimpton's Canary Hotel in Santa Barbara where he was instrumental in strategically repositioning the property within the competitive market. He is a strong believer in working "in-service" to his team members for overall success, empowering them through support and providing the necessary tools. Prior to the Canary Hotel, Thiele served as General Manager of Seattle's Palladian Hotel.

Thiele was born and raised in the Pacific Northwest and graduated from Washington State University. A true hospitality veteran, he launched his hotel career as a valet attendant. With a passion for the outdoors, Thiele and his family are happy to have landed in the sunshine and near the waves of California's west coast. He enjoys cycling and in the coming months, looks forward to taking his adventures to the water with a foray into surfing.
For more information on Alila Marea Beach Resort Encinitas, please visit the hotel's website.

9 April 2021 — An innovative and enthusiastic sales and marketing executive, Danielle Boyles brings proven expertise and thoughtful leadership to Grand Hyatt Vail. Eager to celebrate the year round appeal that the Vail Valley has to offer and the resort's extensive array of experiences, Boyles is committed to showcasing Hyatt's first Grand Hyatt hotel within a world-class U.
read more

9 April 2021 — Alila Napa Valley, the luxury boutique hotel and spa reopening March 15, 2021 in the community of St. Helena, has named Ty Accornero as General Manager, effective immediately. A Sonoma County native, Ty has been immersed in the hospitality industry for over 25 years and possesses a vast knowledge and familiarity of the region, a benefit to both visiting guests and locals alike.
read more

6 April 2021 — Anthony Duggan has been appointed Area Vice President of Miraval Group, which includes the three award-winning wellness resorts: Miraval Arizona, Miraval Austin and Miraval Berkshires. In his new role, Anthony will provide operational direction for the resorts, leading with creativity and care to ensure that the guest experience upholds Miraval's promise to inspire a life in balance and that guest comfort and wellbeing remains paramount.
read more
More from Hyatt
Advertisements
Never miss a story again
Sign up for the HN360 daily newsletter
Media Kit – Submit Content
Advertisement
Advertisements