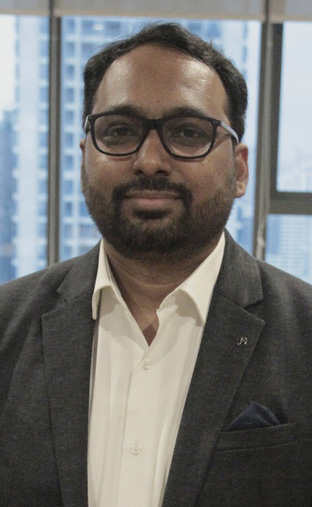 Guruprasad 'Guru' Sankarnarayanan will take the position of chief operating officer for South East Asia and the Middle East. As COO, Sankarnarayanan will lead all central business, including revenue, channels, supply, transformation, operations and strategic partnerships.

Sankarnarayanan was given the promotion after a successful stint as country head for Oyo Thailand, where he grew the portfolio of hotels in the country, while following the supply strategy and meeting profit goals.

Starting out in India, Oyo has rapidly expanded across the globe. In the Middle East, Oyo is present in UAE, KSA, Oman and Bahrain, with 130 hotels and 6,500 keys in the region at the end of last year.

14 October 2020 — Pratyush Kumar will be regional head for strategy & communications for Japan SEA and Middle East. He joins the Softbank-backed group to roll out plans to manage the COVID-19 crisis and ensure profitability.
read more

10 September 2020 — OYO Hotels, one of the world's leading hotel chains, today announced that Kasra Moshkani has been named as its head of business in the United States. Moshkani, who has overseen OYO's Eastern US business as Region Head since October 2019, will lead the US business, with support from Abhinav Sinha, who will focus more on his role as Global COO of OYO Hotels & Homes.
read more

Dr. W. Steve Albrecht - Non-Executive Director on the Board