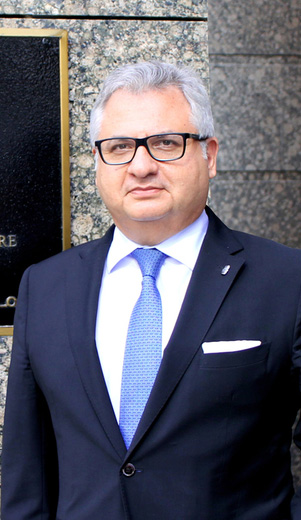 The Ritz-Carlton, Dubai International Financial Centre (DIFC) has announced a new general manager to take the reins of the property. Fadeel Wehbe has stepped into the role, bringing with him more than 30 years of experience.

His earliest position in the hospitality world was in 1989, where he was rooms divisions manager at Al Khaleej Palace Hotel Dubai, according to his Linkedin. A year later he was bumped up to resident manager at the same property before becoming general manager in 1992 to 1994. Since then, Wehbe worked across the region, maintaining a general manager position at all the properties he worked at.

He worked at Jazira Beach Resort & Hotel in Abu Dhabi, Sheraton Sana's Hotel in Yemen and Sheraton Karachi Hotel & Towers in Pakistan. Following a number of senior positions for the MEA region as a whole, he took up the role of GM at Fairmont Amman before his newest title within DIFC.

In his new role, Wehbe will channel efforts towards broadening business opportunities for the hotel and strengthening existing ties with key partners. He will also be entrusted to oversee all aspects of hotel operations and drive guest satisfaction rates upwards.

Speaking about his new appointment, Wehbe said, "I am pleased to join the brilliant team of ladies and gentlemen at The Ritz-Carlton, DIFC in creating indelible #RCMemories and timeless service for which The Ritz-Carlton is globally recognised for.

The property is located at the very heart of the bustling financial district - the most coveted area amongst business travellers and I look forward to working closely with the various stakeholders to maintain the strong positioning of the hotel with the local community and beyond as the leading social, leisure and networking destination.