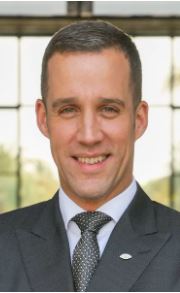 With more than 20 years of experience in the hospitality industry, Marcel began his career in Zürich at the luxury boutique Widder Hotel followed by time with The Ritz-Carlton in Mexico and Spain. He then moved on to management roles with Rosewood Hotels & Resorts in New York, The Upper House in Hong Kong and latterly Mandarin Oriental Hotel Group corporate headquarters in the same city. Fluent in several languages, Marcel loves meeting new people - and meeting their expectations of a luxury resort.

12 July 2021 — Mandarin Oriental Hotel Group has appointed Richard Langonne as General Manager of Mandarin Oriental Wangfujing, Beijing, taking over from Mark S Bradford, who was at the helm for three-and-half years and has now been given the important mission of establishing a new luxury Mandarin Oriental hotel in the southern China city of Shenzhen.
read more

12 July 2021 — Mandarin Oriental Hotel Group has appointed Geraldine Dobey as General Manager of Mandarin Oriental, Paris. The appointment welcomes Geraldine's return to the Group as she was previously part of the leadership team at the Group's Geneva property.
read more