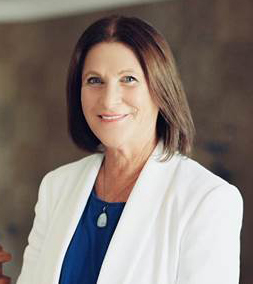 In addition to management of large-scale resort facilities and five-star dining throughout her career, Clapoff has overseen several reconstructions and renovations, major re-branding and marketing efforts, and programming development at her properties. Under Clapoff's direction, Lake Austin Spa Resort earned its title as Condé Nast Traveler's 2019 #1 Destination Spa Resort in North America and #2 in the World. During her time at Honolulu's Halekulani, the property won Best Hotel in Hawaii from Travel + Leisure and landed them a place on the World's Best Hotels from Condé Nast Traveler and Travel + Leisure lists.

Clapoff holds a Masters Degree in Organizational Management from Antioch University in Santa Barbara and a bachelor's degree in Psychology from York University in Toronto. Janis launched her hospitality career in 1977 when she helped open Montreal's Hyatt International. Janis later held leadership roles in Toronto, New York City; Stowe, Vermont; Honolulu, Ojai, California, and back to Santa Barbara, where she has lived for over the course of 15 years.

23 February 2021 — Belmond today announced the appointment of Karl Bieberach as Senior Vice President of Global Development. Set to begin his new role on March 22, 2021, he will be responsible for the global expansion of Belmond's portfolio which spans hotels, trains, river barges and safaris.
read more

8 February 2021 — Ulisses Marreiros began his role as General Manager of Copacabana Palace January 2021, following his time as General Manager of La Residencia, A Belmond Hotel, Mallorca since 2013. Marreiros brings over 20 years of international hospitality experience to his new role, having previously worked at a number of high-profile hotels and resorts in the Maldives and Portugal before taking up his role as General Manager at Reid's Palace in Madeira, a hotel that has been welcoming guests for more than 125 years, in 2010.
read more
More from LVMH Hotel Management
Map
Advertisements
Never miss a story again
Sign up for the HN360 daily newsletter
Media Kit – Submit Content
Advertisement
Advertisements