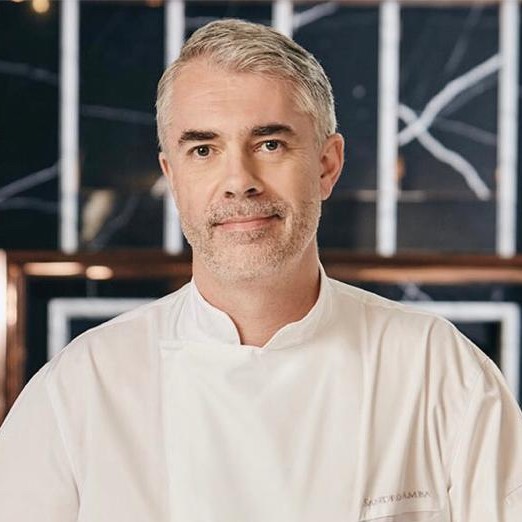 The Ritz-Carlton, Tokyo, is pleased to announce the appointment of Sandro Gamba as Executive Chef of the iconic luxury hotel.

Chef Gamba joins The Ritz-Carlton, Tokyo with many years of experience in the luxury hospitality industry, most recently holding the positions of Director of Culinary Operations at Rosewood Hong Kong and Executive Chef at The Ritz-Carlton Shanghai, Pudong. Drawing from a wealth of knowledge, experience and passion, Gamba creates distinct and delectable menus for seven restaurants and bar at The Ritz-Carlton, Tokyo. Having opened restaurants in more than 20 hotels in all corners of the globe, Gamba has honed his craft throughout his illustrious 34-year career.

Born in the city of Saint-Avold, in northeastern France, Gamba's experience with food started early on, which sparked his imagination and respect for provenance and seasonality. Gamba takes pride in creating distinctive, simple gastronomy with an artistic reverence. He uses fresh ingredients combined with world-class techniques, picked up from travels through Europe, North America, Middle East and Asia, to create one-of-a-kind dishes.

Gamba's career has garnered multiple accolades, including AAA's Five Diamond award in 1998 and the following year, when he was named one of the "World's Best Chefs" by the American Academy of Hospitality Service in 1999. When not in the kitchen, Gamba uses his artistic eye to capture the joys and emotions of the city through photography. His passion for cooking and photography both stem from a desire to express his creativity and to connect with people.

20 November 2020 — Hailing from Puerto Rico, Chef Peña has nearly two decades of culinary experience. He began his career at The Culinary Institute of Puerto Rico, while simultaneously honing his skills at The Ritz-Carlton, San Juan.
read more

7 October 2020 — Al Bustan Palace, a Ritz-Carlton Hotel has announced the appointment of Nabil Al Zadjali as General Manager. Nabil succeeds Katrin Herz, who had held the role for five years. Moving from his previous post as Deputy General Manager, Nabil is bringing his diverse experience from his various leadership roles to his new position, and is anticipated to drive the next chapter of the hotel's rich history.
read more
More from Ritz-Carlton
Map
Advertisements
Never miss a story again
Sign up for the HN360 daily newsletter
Media Kit – Submit Content
Advertisement
Advertisements