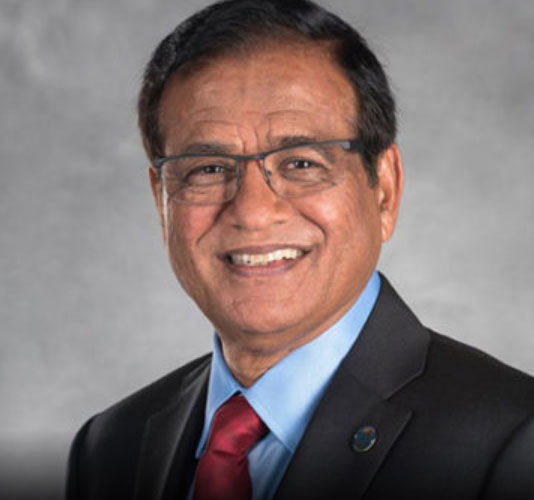 Best Western Hotels & Resorts' board of directors has elected Ishwar Naran as board chairman for 2021. Naran, who previously served as vice chairman of the board, brings more than three decades of hospitality experience and 17 years of Best Western ownership to his role as chairman. His deep knowledge of the brand coupled with his extensive industry experience make him the ideal candidate to drive Best Western Hotels & Resorts forward in 2021, according to the company.

Naran has developed, acquired and managed more than 30 hotels throughout his career. Currently, he owns three Best Western-branded properties: the Best Western Wesley Chapel in Wesley Chapel, FL; the Best Western Plus Daytona Inn Seabreeze Oceanfront in Daytona Beach, FL; and the Best Western Plus Columbia North East in Columbia, SC. During his time as a Best Western owner, he has served on numerous advisory committees within the organization and was elected to the board in 2016 to represent the interests of hotel owners in District IV, which includes Florida, Tennessee, Alabama, Georgia, South Carolina, North Carolina and Puerto Rico.

Best Western Hotels & Resorts headquartered in Phoenix, Arizona, is a privately held hotel brand within the BWH Hotel GroupSM global network. With 17 brands and approximately 4,700 hotels in over 100 countries and territories worldwide*, BWH Hotel Group suits the needs of developers and guests in every market.
more information
Recent Appointments at Best Western

23 February 2021 — Melissa Gan, who has been with the company since 2005, will assume increased responsibilities in the newly created role of WorldHotels Chief Commercial Officer APAC.
read more

23 February 2021 — WorldHotels announced today that Olivier Berrivin has been appointed Managing Director of WorldHotels Asia Pacific (APAC). Berrivin has decades of experience in the hospitality industry and is a 4th generation hotelier who grew up in his family's hotel business that included four properties.
read more

Roland Jegge - Senior Advisor to the CEO of WorldHotels

23 February 2021 — Jegge will continue his 25-year tenure with WorldHotels as he migrates from his current role of President - APAC to become the Senior Advisor to the CEO of WorldHotels.
read more
More from Best Western
Map
Advertisements
Never miss a story again
Sign up for the HN360 daily newsletter
Media Kit – Submit Content
Advertisement
Advertisements