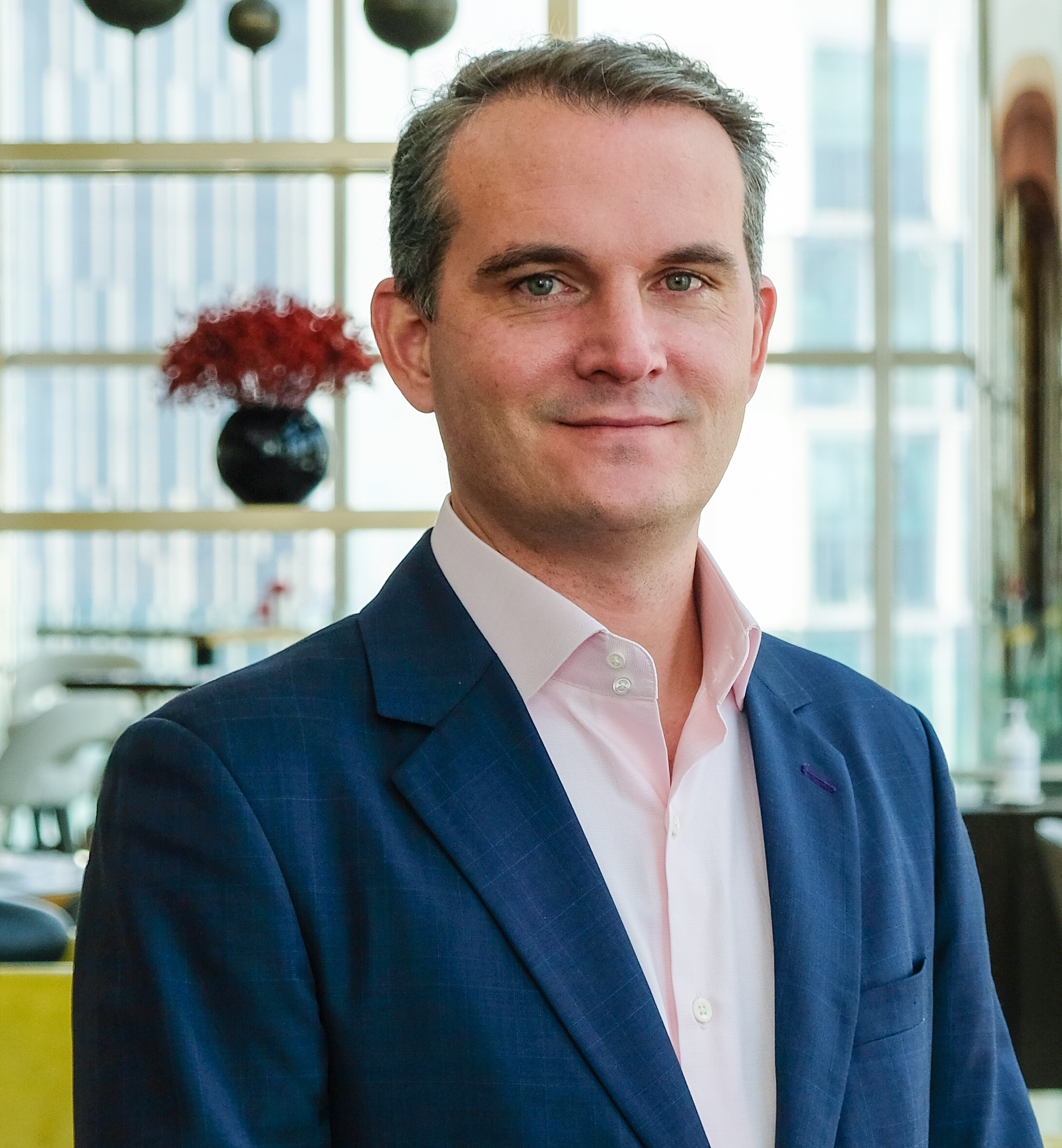 The Swiss native carries an extraordinary experience as a hotelier since the beginning of his career 23 years ago with two decades of it dedicated to Hyatt Hotels Corporation. A true Hyatt veteran, Olivier's transcendent performance in leadership in various properties is a testament to his momentous career progression from his previous postings at Grand Hyatt Singapore, Grand Hyatt Jakarta, Grand Hyatt Taipei and Grand Hyatt Shenzhen. He was most recently posted as the general manager of Andaz Singapore, spearheading the successful opening of the property in 2017, prior to joining Grand Hyatt Kuala Lumpur.

A great deal of enthusiasm and vibrant perspective is what Olivier is known for, in addition to his impeccable years of experience. Graduated as a hospitality major from Ecole Hôtelière de Lausanne, Olivier has been realizing his ambition to travel the world since he paved his career path from Switzerland to significant regions of Asia. Jovial as he is and in spite of his fluency in French, English and Spanish, experiencing foreign destinations as a local is also part of Olivier's flair, like familiarizing with local accents and languages in particular.

Joining him in his new future in Kuala Lumpur are his doting wife and two beautiful children, ready to explore and make best of what the city and people have to offer. Grand Hyatt Kuala Lumpur is all set to welcome Olivier Lenoir as the new general manager for the abundant team spirit and passion for success that we all look forward to.

25 November 2021 — A young hotelier from Morocco, Said Elmorabet has been appointed to lead the culinary innovation at Hyatt Regency Riyadh Olaya's outlet, 56th Avenue Diner. Elmorabet started his career in 2006. He learned the art of international cooking at several hotels around the world.
read more

25 November 2021 — Ouidane will oversee and handle the operations of the outlets that include 56th Avenue Diner, the 24-hour Tea Lounge, The Market and another upcoming outlet, alongside the F&B operations of the exclusive Regency Club, room service, events and outside catering.
read more

22 November 2021 — Hyatt Regency Salt Lake City announced the appointment of Pina Purpero as the hotel's general manager of the 700-room convention hotel, slated to open fall of 2022. Most recently, Purpero served as general manager at Hyatt Regency Lake Washington at Seattle's Southport where she was responsible for all facets of hotel management, including sales and marketing, food and beverage, revenue management and rooms operations.
read more
More from Hyatt
Map
Advertisements
Never miss a story again
Sign up for the HN360 daily newsletter
Media Kit – Submit Content
Advertisement
Advertisements