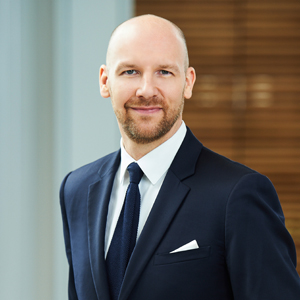 Lasvigne graduated from the Hospitality School of Strasbourg. An 18-year Four Seasons veteran, he has travelled the globe with the company, as well as created a Four Seasons love story with wife Verena Lasvigne-Fox, whom he met while working together at Four Seasons Hotel George V, Paris. Together with their two children, they have completed assignments in Paris, Morocco and the Seychelles islands.

An avid music lover who plays the guitar, Lasvigne loves big motorcycles and finds peace in the kitchen. You can follow his creations on Instagram at @charleslasvigne.

26 February 2021 — Richard's career in hospitality started with Four Seasons back in 1998, and the very first hotel was Four Seasons Hotel Los Angeles at Beverly Hills. But inspiration for this step appeared in childhood years during summer holidays in one of the most picturesque fjords, listed as a UNESCO World Heritage Site.
read more
More from Four Seasons
Map
Advertisements
Never miss a story again
Sign up for the HN360 daily newsletter
Media Kit – Submit Content
Advertisement
Advertisements