Appointed Director of Fitness and Spa
At The Carlton Tower Hotel in London, United Kingdom 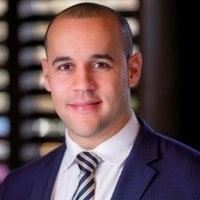 With over 10 years' experience in the wellness and hospitality industry, Ben most recently worked as General Manager at the world's first high-end boxing and members club, BXR. Well-established within his sector, Ben boasts a number of esteemed properties attached to his name including The Lanesborough and De Vere Hotels, and now returns to The Carlton Tower after having formerly served at the hotel as Membership Sales and Marketing Manager, from 2013 to 2016.

Ben will be responsible for the daily operations and management of The Carlton Tower's spa and gym, The Peak, overseeing the team in an evolved and professional manner.