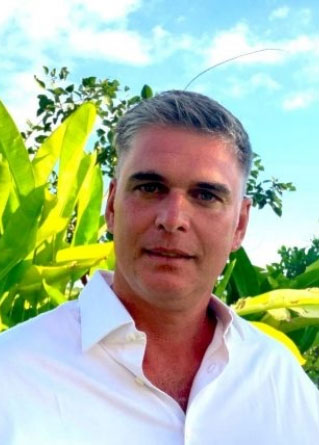 Park Hyatt has appointed renowned hospitality professional Nikolaus A Priesnitz as the General Manager of Park Hyatt Maldives Hadahaa, one of the best luxury hotels in Maldives.

A German national with extensive experience across the globe, Priesnitz joined Park Hyatt Maldives Hadahaa on January 4 and will oversee the reopening of the resort, which is scheduled for February 1.

Priesnitz brings more than 30 years of hospitality experience to Park Hyatt Maldives Hadahaa, in a career holding positions in prestigious hotels and resorts in Germany, Spain, Switzerland, the UAE, the USA, Guam, Thailand and Indonesia.

Priesnitz started his hospitality journey as a culinary apprentice in 1989, and worked his way up through food and beverage roles over the next two decades.

He then ventured into human resources, operations, revenue and compliance roles before his inaugural General Manager role at Hilton Guam Resort & Spa in 2009. He moved to the same position to Hilton Qingdao Golden Beach in 2012.

Since 2019, Priesnitz had been General Manager and Director of Asset Management at Ayana Hotels & Resorts in Indonesia.

Acknowledged for being honest, reliable and imaginative, Priesnitz is a family man and enjoys golfing with his wife and friends and spending time with his three sons, exploring the underwater world, discovering new cultures, dining on home-cooked meals and experiencing new cuisines.

Now in the Maldives, Priesnitz has taken the lead at Park Hyatt Maldives Hadahaa with its team of local talent and hotel Ambassadors.

Nikolaus A Priesnitz (Class of 2007) is a graduate of School of Hotel Administration at the Cornell SC Johnson College of Business in Ithaca, New York - United States
more information