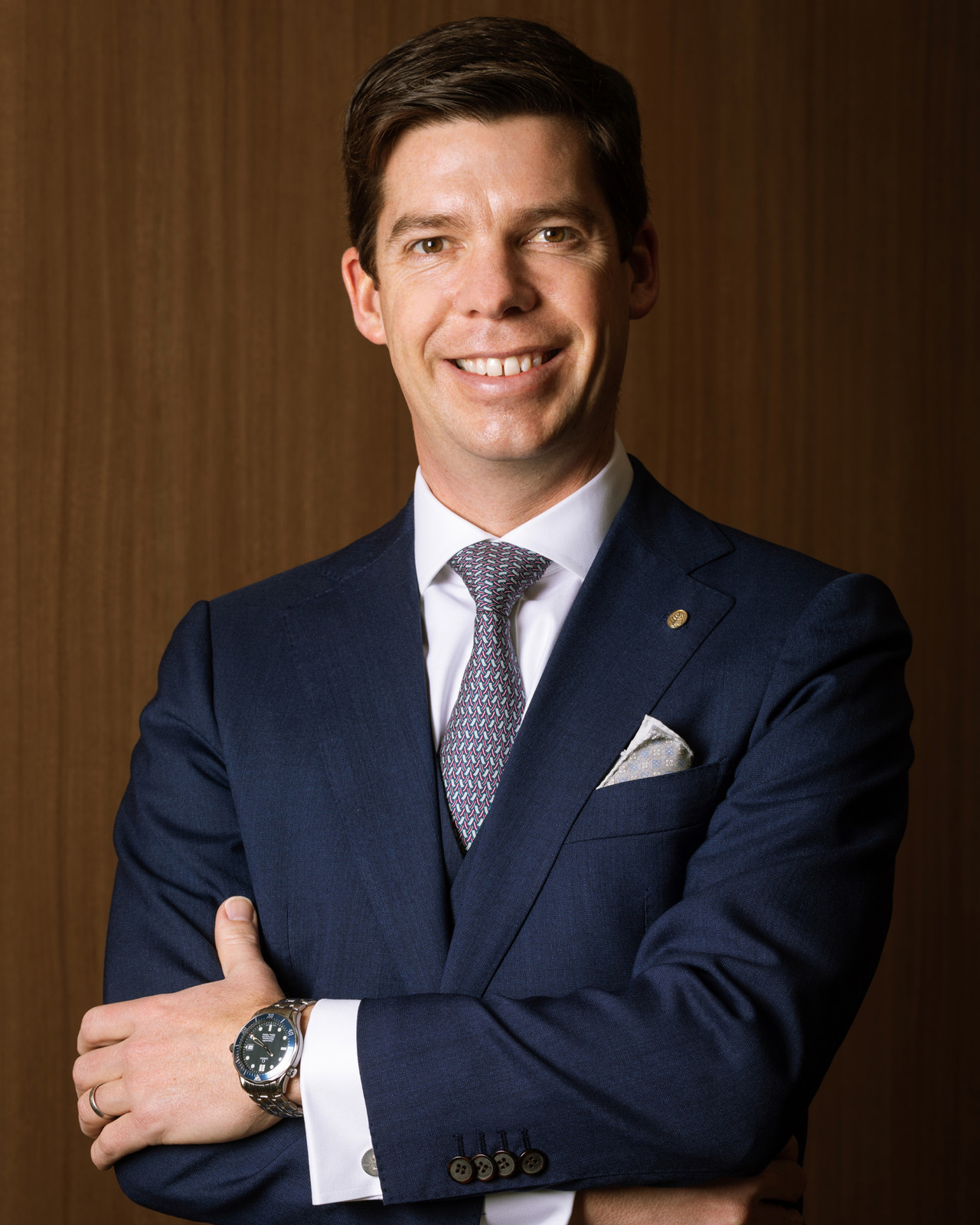 Charles Fisher makes the move from Orlando, USA to Tokyo, Japan as General Manager of Four Seasons Hotel Tokyo at Marunouchi, poised to enter an exciting new phase of operations.

Charles comes to his current role with more than 20 years of Four Seasons experience and an unwavering belief in the power of positive thinking. Combining expertise with enthusiasm, he is set to lead Tokyo's premier boutique hotel into the future. An "airline baby" whose father worked with British Airways, Charles enjoyed a nomadic childhood, moving homes every few years: Bahrain, Mexico City, Miami, Cairo and Beijing. After completing a four-year degree in hotel and restaurant management at Oxford Brookes University in the UK, he joined the front desk at Four Seasons Hotel London at Park Lane. "I graduated on Friday, joined Four Seasons the Monday after - and have never looked back since," he smiles. With a swiftly-progressing career in hotels, the travels continued. After London came a stint at The Pierre in New York (then a Four Seasons Hotel), followed by promotions that took Charles and his family to the West Indies, Thailand, Singapore and Hawaii. As Resort Manager at Four Seasons Resort Lanai, he played an instrumental role in the property's dramatic transformation, then spent the next few years at Four Seasons Orlando at Walt Disney World Resort. To date, Charles has lived in 19 different locations around the world. Across continents, properties and teams, the key to his success has been a solution-focused approach, founded on the belief that every challenge, no matter how big, has a positive resolution. Along with its fair share of adventure, this lifestyle has also given him a "global citizen mindset," creating a deep appreciation for the cultural diversity that exists in our world. For Charles, mutual respect and care form the bedrock of any successful transition. When he's not at work, Charles loves to spend time with his family, be it playing sports with his daughters, cooking a meal together with his wife, or enjoying a day out in the countryside. Being an avid photographer, you might also find him cataloguing his collection of more than 94,000 photographs - or out and about in search of his next photo story.

4 May 2021 — From a small, but historic and world-famous town in Belgium to the sunny shores of the French Riviera and the glamour of France's capital Paris, Geoffroy B. van Hasbroeck's passion for travel and new adventures now brings him to Dubai, as Executive Sous Chef at Four Seasons Resort Dubai at Jumeirah Beach.
read more

23 April 2021 — Four Seasons Hotel Amman announces the appointment of Fadi Samaan as the new Director of Sales for the luxury property in Amman, Jordan. Samaan is a sales veteran in Jordan with more than 11 years of experience in the hospitality industry.
read more
More from Four Seasons
Map
Advertisements
Never miss a story again
Sign up for the HN360 daily newsletter
Media Kit – Submit Content
Advertisement
Advertisements