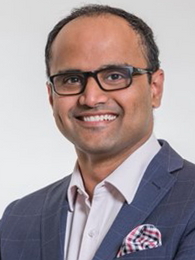 Since joining TFE in 2015, Sai has worked across several states and various departments for the group including F&B Cluster Manager for the ACT, Relief Hotel Manager for Victoria, Tasmania and South Australia and most recently as Hotel General Manager at the Vibe Maryville located in the Yarra Valley.

His leadership, passion and impressive business performance saw him acknowledged as 'Hotel Manager of the Year' in 2020 at TFE's own global awards event.

16 April 2021 — TFE Hotels has appointed Amanda Cottome as General Manager & Brand Experience Manager of the the A by Adina Sydney. Amanda completed a traineeship with Tourism New South Wales, before landing her first job in the hotel industry as a receptionist at the Travelodge Hotel Sydney Wynyard in 1993.
read more

31 March 2021 — Hospitality specialist Jelena Bojanic has stepped into her 'dream role' as A by Adina Canberra Hotel General Manager, raising the flag on the new brand's first premium address in the nation's capital.
read more