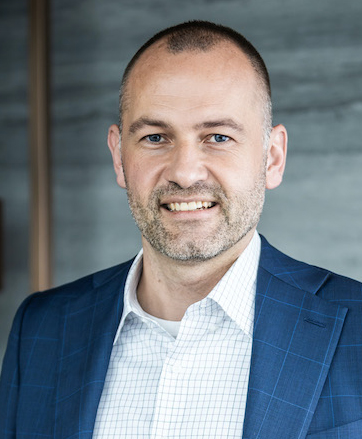 Andaz Singapore is pleased to announce German hotelier Stephan Karl as its newly appointed General Manager. With a career spanning over 24 years and a successful graduate of the famous Heidelberg Hotel Management School, he started at Hotel Bayerischer Hof in Lindau as an apprentice. Over the next decade, he rose through rooms, food and beverage and banqueting roles at Carlton Hotel St. Moritz, Sheraton Suites Galleria-Atlanta and Castle Hospitality & Catering in Heidelberg, southwest Germany.

In 2006, his Hyatt journey enriched with multiracial cultures began at Hyatt Regency Mainz followed by other luxury properties such as Park Hyatt Dubai, Grand Hyatt Beijing and Park Hyatt Sydney. In 2018, he received the Hyatt Leadership Award for Americas as a testament to his broad-based experiences, and for playing a pivotal role in the opening of Andaz Mayakoba Resort Riviera Maya Mexico in 2016. His tenure in the luxury hotel scene then led him to Vietnam. For close to two years, he was part of the pre-opening team for Hyatt Regency Nha Trang as General Manager, before moving on to Andaz Singapore in the same capacity.

On leisure days, Stephan loves exploring the different neighbourhoods and delicious cuisines Singapore has to offer. He particularly treasures family time as well as his morning weekend runs and other sports.

9 April 2021 — An innovative and enthusiastic sales and marketing executive, Danielle Boyles brings proven expertise and thoughtful leadership to Grand Hyatt Vail. Eager to celebrate the year round appeal that the Vail Valley has to offer and the resort's extensive array of experiences, Boyles is committed to showcasing Hyatt's first Grand Hyatt hotel within a world-class U.
read more

9 April 2021 — Alila Napa Valley, the luxury boutique hotel and spa reopening March 15, 2021 in the community of St. Helena, has named Ty Accornero as General Manager, effective immediately. A Sonoma County native, Ty has been immersed in the hospitality industry for over 25 years and possesses a vast knowledge and familiarity of the region, a benefit to both visiting guests and locals alike.
read more