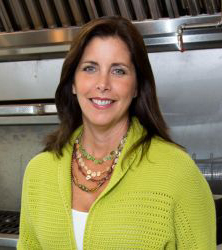 Marilou Halvorsen has been named Vice President of Government Affairs & State Relations. In this new role, she will focus on enhancing our partnerships with state lodging associations and be involved in state and local government affairs in the Northeast. AHLA counts more than 40 state lodging associations as members, and works closely with them on critical industry issues, from advancing policy goals to public awareness campaigns such as our Safe Stay enhanced cleaning initiative. Based in New Jersey, Halvorsen has served as president and CEO of the NJ Restaurant & Hospitality Association since 2012, representing the Garden State's 27,000 eating and drinking establishments.

Prior to NJRHA, Halvorsen was the Director of Marketing for Jenkinson's Boardwalk, Point Pleasant Beach & Casino Pier in Seaside Heights, one of New Jersey's largest seaside resorts. She has served on several state boards and committees, including the New Jersey Travel Industry Association, Jersey Shore Convention and Visitor's Bureau, and the Governor's Tourism Conference, which she chaired. She was the first female Commissioner of the Legalized Games of Chance Control Commission, and later chaired the Commission for seven years. AHLA has long recognized the importance of state and local governments in policy issues affecting hoteliers, and one of the association's strategic priorities is to continue growing its state and local presence. Halvorsen is the latest addition to AHLA's growing state and local government affairs team, which last month welcomed Jason Riederer as Senior Director of State & Local Government Affairs for the western U.S.

9 February 2021 — The AHLA Foundation Board of Trustees has added CEO to Rosanna Maietta's title after three years leading the Foundation as its President. Under her leadership, the AHLA Foundation has expanded its mission by adding two additional focus areas: anti-human trafficking, and diversity, equity and inclusion.
read more