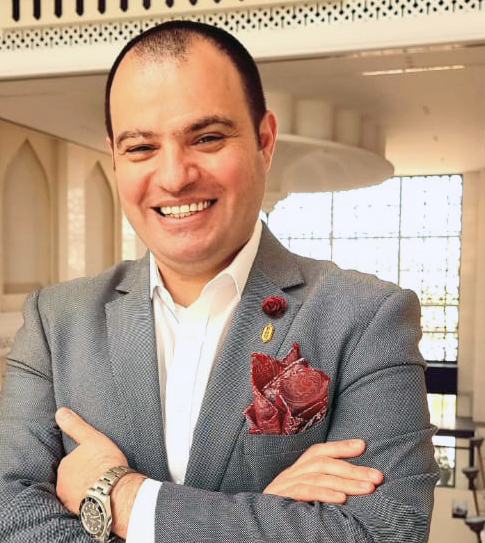 Although he has a vast hospitality industry experience, Elias is a Millennial or Gen Z by heart, #findaway is his motto and he is well recognised for his PR & Sales skills in the Capital. He is a self-made social influencer and a foodie having over 10.000 online reviews and over 20.000 followers throughout his social media accounts and groups.

With his passion for exemplary service and strong food and beverage background, Elias will certainly be an asset for Bab Al Qasr Hotel & Residences, channelling his experience to all F&B operations, bringing innovation and raising awareness within his network.

He is also known for his "can-do" attitude and while asked what his biggest achievement was, Elias, with a smile on his face mentioned, "In 2019 I was part of implementing the initiative to donate leftover food of our Friday mega brunch to feed shelter dogs. We were the first to implement it and we were the ones to receive the "Best Environment Initiative" Award from Abu Dhabi Government recognizing our efforts, whilst competing with big companies in Abu Dhabi."

27 September 2019 — Bab Al Qasr Hotel & Residences has appointed Nemo Acimovic as the general manager at the 677-room, property.Acimovic has 28 years' experience in the hospitality industry and a proven track record in leading international luxury hotels in the Middle East, Australia, and Europe.
read more

25 April 2018 — Previously, Mercurio worked at The Ritz-Carlton Hotel Company for 13 years in various assignments in several countries including Spain, China and his home country, USA. Mercurio first held a general manager position in 2005 when he launch a Ritz-Carlton property in China.
read more