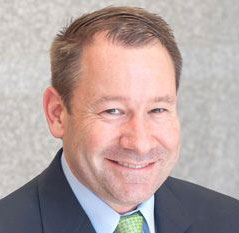 Hubbs brings an immense wealth of category experience to his new role with Best Western Hotels & Resorts. He was most recently with Remington Hotels where he led the company's digital marketing efforts and headed up all revenue responsibilities for the company's independent hotels. Prior to his time at Remington, Hubbs was a Senior Director with Expedia Partner Services, and a Vice President of Sales at ReviewPro. During the early part of his career, Hubbs worked for Starwood, overseeing revenue management strategy for the company's key New York City hotels, as well as held various revenue management and operational roles for management companies at hotels across the country.

Jay Hubbs (Class of 0) is a graduate of School of Hotel Administration at the Cornell SC Johnson College of Business in Ithaca, New York - United States
more information

15 July 2021 — Independent Hotelier and current Chairman of the group, Tim Rumney will take over from Rob Paterson later this month as Interim CEO later this month. Rob Paterson, who joined BWH Hotel Group in 2018, has decided to leave the brand which represents almost 300 independently owned hotels in GB.
read more