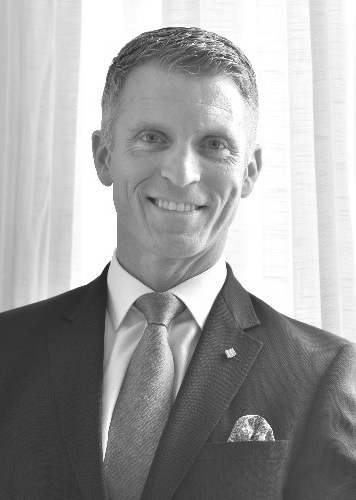 Jumeirah Group, a global luxury hospitality group and a member of Dubai Holding, announced the appointment of Marcus Sutton. He takes on the role of General Manager at Zabeel House by Jumeirah, The Greens following three years at Jumeirah Emirates Towers as Hotel Manager and then General Manager. In his new role, he will lead the team at the vibrant, lifestyle-led property, driving engagement and interest within the local and international markets, in addition to heading up the commercial strategy of the property.

25 October 2021 — Jumeirah Group has announced the appointment of Andy Nicholson as General Manager & Director of Experience of Inside Burj Al Arab, a new and innovative butler-guided tour offering a unique glimpse into the exclusive world of the global icon.
read more

13 October 2021 — Jodie O'Meara has been confirmed as the director of F&B at the upcoming Hyde Hotel Dubai in Business Bay. She joins from Lah Lah at Zabeel House by Jumeirah, The Greens. As director of F&B, she will oversee four dining outlets, including Mediterranean venue Cleo, Japanese restaurant Katsuya, gastropub Hudson Tavern and café The Perq.
read more

28 September 2021 — After 20 years in the industry and a single year in Jumeirah Group, Jaime Simpson has risen to the position of general manager of Jumeirah Mina A'Salam. Simpson was hotel manager at Jumeirah Beach Hotel throughout 2020.
read more
More from Jumeirah
Map
Advertisements
Never miss a story again
Sign up for the HN360 daily newsletter
Media Kit – Submit Content
Advertisement
Advertisements