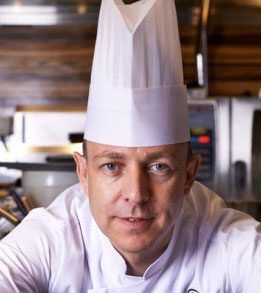 The luxury golf resort has appointed a new British chef, Warren Brown, whose background is a recipe for innovation and culinary masterpieces. Warren has been schooled in French cuisine, has worked alongside two-Michelin-star recipient Anton Mosimann OBE and Daniel Galmiche (a Michelin-star recipient since 1990), was on board "British MasterChef" and has travelled all across the world, working in various regions (Europe, Shanghai, Dubai, Korea, etc.), as well as with various hospitality brands (Shangri-La, Hilton, Starwood, etc.). Not to mention that Warren was the head chef at the one-star Michelin restaurant L'Ortolan in Reading during his work there.

Culinary masterpieces await all who decide to visit Kempinski Hotel Adriatic or one of the restaurants located in the resort.

19 April 2021 — Kempinski Hotels is pleased to announce the appointment of Javier Bisbal as the new sales and marketing director at Kempinski Hotel Bahía. His 20 years of experience in the luxury travel industry includes the large national and international brands Fairmont, Jumeirah, Majestic Resorts and ME by Meliá, the latter two as Director of Sales and Marketing.
read more

19 April 2021 — Kempinski Hotels announces the appointment of Octavio Calderín as the new finance and accounting director, who will be in charge of supervising the day-to-day financial operations at Kempinski Hotel Bahía.
read more

22 March 2021 — Five-star Kempinski Hotel Muscat has hired Mohammed Al Harrasi as its director of finance, an Omani national with more than 25 years of experience. Al Harrasi has been with the property since 2017 when he stepped in as the director of purchasing, having been assisting the hotel's finance and operational departments since he first joined.
read more
More from Kempinski
Map
Advertisements
Never miss a story again
Sign up for the HN360 daily newsletter
Media Kit – Submit Content
Advertisement
Advertisements