Appointed Head Chef of Number One
At The Balmoral in Edinburgh, United Kingdom 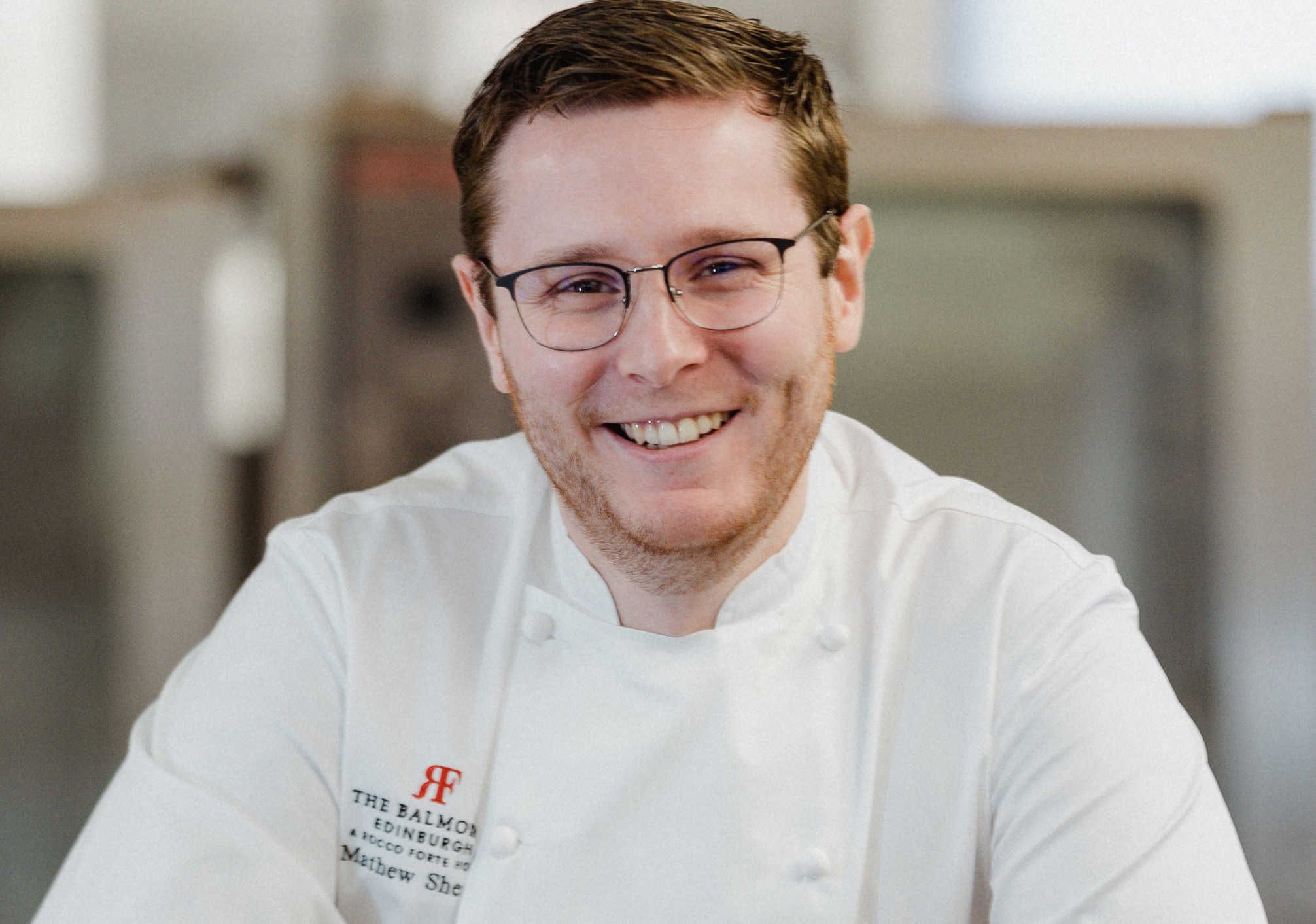 The Balmoral, a Rocco Forte hotel in Edinburgh, proudly welcomes Mathew Sherry as the new Head Chef of Number One - the hotel's fine-dining Michelin-starred restaurant.

Edinburgh born Mathew joins Number One from his role as Head Chef of Michelin-starred Northcote in Lancashire, where he worked closely with Executive Chef Lisa Goodwin-Allen. Prior to Northcote, Mathew honed his skills under Chef Patron Dominic Jack, working for seven years at Castle Terrace in Edinburgh during the restaurant's Michelin-starred reign.

Mathew will continue to showcase seasonal Scottish produce at the forefront of the Number One dining experience. He has developed a new 3-course menu and 7-course seasonal menu using classical flavours and modern techniques.

Founded by Sir Rocco Forte and his sister Olga Polizzi in 1996, Rocco Forte Hotels is a collection of 17 luxury hotels, resorts and private residences with a unique character. All are iconic addresses, both historic and modern, carved out of magnificent buildings in exceptional locations.
more information
Recent Appointments at Rocco Forte Hotels

22 July 2021 — Rocco Forte Hotels is delighted to announce that Jesus Adorno will be joining Brown's Hotel as Director of Hospitality. As of 31st August, Adorno will work closely with Adam Byatt, Matthew Starling and Abigail Clark overseeing food and beverage across the hotel, with a focus on Charlie's by Adam Byatt.
read more

7 July 2021 — Rocco Forte Hotels announces a strategic change of management for one of its most iconic hotels, the Hotel de Russie in Rome. From July 14, Giampaolo Ottazzi will take on the role of General Manager of the luxury address in Via del Babuino.
read more