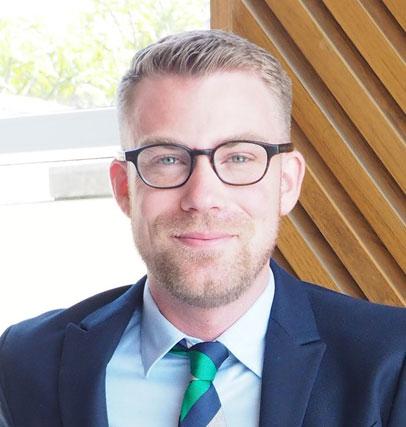 A Swedish national, Anders Lund joined Absolute Hotel Services in 2018 as the General Manager of Eastin Ashta Resort Canggu. As a result of his passion and dedication to the role, the property has shown solid financial growth, combined with ever increasing customer satisfaction levels and service quality delivery.

Anders started his hospitality career in 2011 working in the food and beverage department at Røros Hotell, Røros as an Assistant Food & Beverage Manager. In 2013 he moved to Thailand to become the Operation Service Manager at Aleenta Resort. After a year in the role, he joined Swiss-Belhotel, Indonesia as Regional Operations Executive providing operational support to all their hotels in Indonesia. In 2016, Anders joined Karma Reef Resort, Gili Meno, Indonesia as their General Manager.

Absolute Hotel Services (AHS) is one of the fastest growing hospitality management/branding companies in Asia with an ever-expanding geographic portfolio of hotels, resorts and serviced residences. Head quartered in Bangkok, Thailand with regional offices in Thailand, Vietnam, Indonesia, Hong Kong, India and Europe with more expansions planned, AHS and its brands have resonated with investors and consumers contributing value to all stakeholders.
more information
Recent Appointments at Absolute Hotel Services (AHS)

13 September 2021 — Chakrit has been promoted to Deputy Vice President - Technical Services. This promotion has deservedly come about after many years of working with the AHS Group in his capacity of Director of Technical Services, in which time he has demonstrated his professionalism through leadership and team consultancy coupled with outstanding creativity.
read more

8 September 2021 — Adam has spent over 10 years in the hospitality field working in General Manager and leadership positions, including 2 Pre-Opening General Manager roles for 2 different properties here in Thailand. He has also developed the branding and rebranding of properties and worked to integrate them into marketing strategies and each organization's culture.
read more
More from Absolute Hotel Services (AHS)
Advertisements
Never miss a story again
Sign up for the HN360 daily newsletter
Media Kit – Submit Content
Advertisement
Advertisements