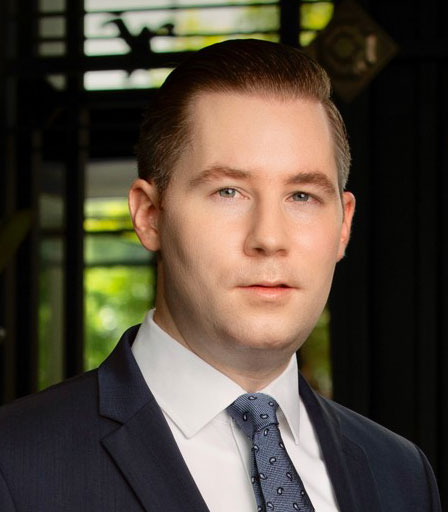 As a promotion from his prior role as Executive Assistant Manager of Sindhorn Kempinski Hotel Bangkok, Thaddaeus Weiss has been appointed Hotel Manager at this unique luxury hotel in Bangkok’s most prestigious residential area near Lumphini Park.

The experienced hotelier can already look back on a considerable career with Kempinski Hotels, during which he developed his in-depth knowledge, ranging from Food & Beverage to sales, and from regional roles to operational ones in Europe, Africa and Asia. 30-year-old German national Thaddaeus started his journey with the oldest European luxury hotel group in 2008 at Kempinski Hotel Taschenbergpalais Dresden in Germany as an apprentice and F&B trainee before he joined the F&B Department of Kempinski Hotel Beijing Lufthansa Center in China. From there he was sent to Africa, to the heart of the city of Kinshasa, coordinating banqueting and catering at Kempinski Hotel Fleuve in the Democratic Republic of Congo. Back in China, he worked for two years in the Group and Events Department at Kempinski Hotel Beijing Lufthansa Center and was then transferred to the regional office of Kempinski Hotels as Senior Regional Operations Manager Asia in charge of the Asian properties, including NUO Hotels. With the opening of the outstanding five-star city wellness sanctuary in Thailand’s capital, he moved to Sindhorn Kempinski Hotel Bangkok and had a significant role in the pre-opening and the first year in business of the luxurious property, which also offers residences as an integral part of its vast facilities.

29 September 2021 — Adil Ahmed has been promoted to director of sales at Kempinski Hotel Muscat. He had been sales manager since 2017. For the past four years, the Omani has spearheaded the hotel's leisure segment, helping to establish the hotel as one of the Sultanate's leading leisure destinations.
read more

Bernold Schroeder - Chairman of the Management Board

14 September 2021 — The Supervisory Board has resolved on an early extension of Bernold Schroeder's mandate as Chairman of the Management Board of Kempinski AG and confirmed his role as Chief Executive Officer of the Kempinski Group.
read more
More from Kempinski
Map
Advertisements
Never miss a story again
Sign up for the HN360 daily newsletter
Media Kit – Submit Content
Advertisement
Advertisements