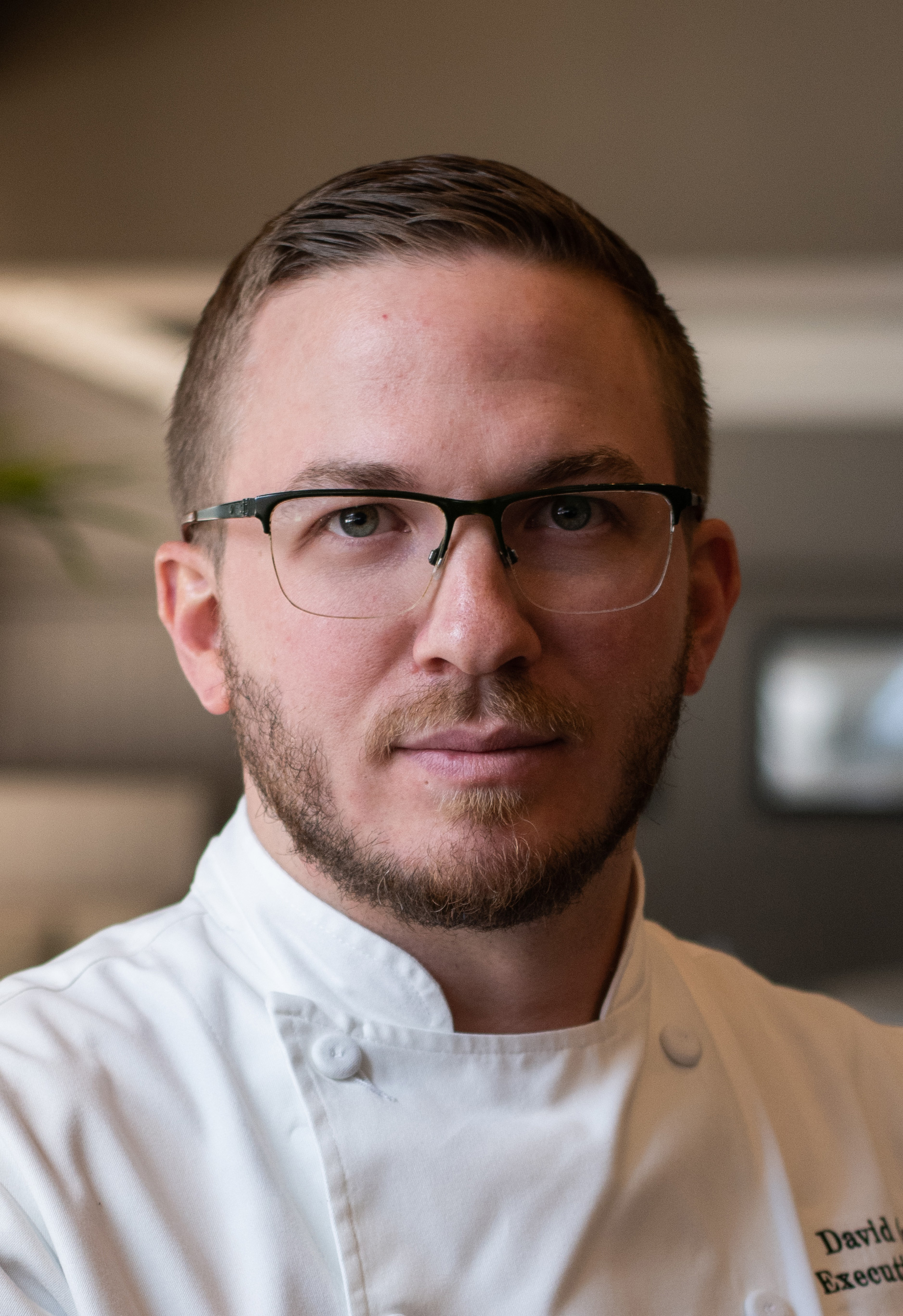 Chef David's culinary career takes inspiration from his Midwest upbringing, where he spent many afternoons helping his mother make homemade pierogies. It was in this moment where he became enamored with how the artisanship of cooking is elevated by each chef's (whether professional or home cook) personal passion an d touch.

After eight years working in a variety of roles at local restaurants around Cleveland, David set his sights on growing his career and accepted his first sous chef position at a local Brasserie style restaurant, Table 45. Following his time at Table 45, David accepted a position at Urban Farmer Cleveland where he began learning the craft of whole animal butchery and the importance of farm to table cuisine. In 2017 David and his now wife moved to Colorado where he accepted a role as sous chef at Panzano.

After two years serving as executive sous at Panzano, David accepted a position as executive sous in Charlotte at Angeline's, an Italian restaurant located inside the Kimpton Tryon Park Hotel. The lateral move provided David the opportunity to gain more experience cooking for a greater volume of guests while still playing to his love for Italian cuisine and refining his butchery techniques through the restaurant's dry aged program.

While Charlotte proved to be a great growth experience for Chef David, it was always his goal to find a way to return to Denver and Panzano. He was always impressed with how Panzano has maintained a true family and community atmosphere among guests and employees. Returning to Panzano, for David truly felt like coming "home."

As the new executive chef of Panzano, guests can look forward to David incorporating his Midwestern roots into the restaurant's menu by way of adding interesting cuts of meats sourced from local ranches. Chef David also plans to stay committed to Panzano's goal of providing guests with simple twists on classic Northern Italian dishes.
In his free time, Chef David enjoys hiking in the mountains with his wife and dog, fishing, off-roading and traveling the country.

25 November 2021 — Kimpton Hotels & Restaurants today announced the appointment of Emily Nichols as General Manager of the Kimpton Alton Hotel, the boutique hotel group's newest property in San Francisco. In her new role, Nichols will oversee operations of the 248-room hotel designed in partnership with Kara Mann in the city's iconic neighborhood of Fisherman's Wharf.
read more

4 June 2021 — Kimpton Pittman Hotel is pleased to announce the appointment of Andrea Ambroze as the hotel's new director of sales and marketing. A Dallas native, Ambroze has more than 20 years of sales and marketing experience, most recently in the position of Director of Luxury Sales and Partnerships for The Denihan Hospitality Group.
read more