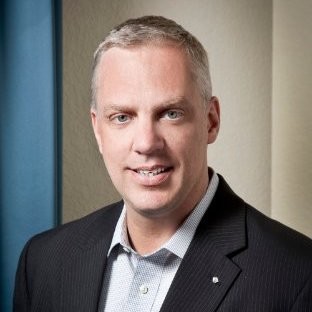 Kingston brings more than 25 years of hospitality industry experience to his new position. During his career he has held numerous leadership roles at well-known resorts and convention hotels like The Walt Disney World Swan and Dolphin, the Peabody Hotel in Orlando, FL and Omni Orlando Resort at Champions Gate. In 2014 he joined the Wyndham family as Hotel Manager at the Wyndham Grand Orlando Resort Bonnet Creek where he quickly assumed the role of General Manager. In 2017, Kingston was named General manager of Wyndham Resort International Drive Orlando. Under his leadership, the resort has experienced its most successful years on a variety of metrics.

Kingston earned a Bachelor of Arts from St. Michael's College in Winooski, Vt. Additionally, he is a Certified Sommelier by the Court of Master Sommeliers and has a Six Sigma Green Belt Certification.

Nils Stolzlechner has been General Manager of Wyndham Grand Rio Mar Puerto Rico Golf & Beach Resort for more than four years. During his tenure, he led the resort through a series of crisis beginning with Hurricane Maria in September 2017 right through the present day challenges with COVID-19. His successes are many in terms of a deep focus on his employees and the Rio Mar neighborhood and residents. Stolzlechner has said that keeping all resort associates employed and ensuring housing of first responders during the aftermath of Hurricane Maria is his proudest achievement. His previous experience includes leading five different hotel opening teams and international management positions at four and five-diamond resort brands including Westin, Omni Hotels, and Wyndham Grand. Over the span of his career, Stolzlechner has mastered all sectors of the hospitality business including catering, food and beverage, room sales and revenue management.

19 October 2021 — Marsh in his role will manage all learning and development functions within the property. He will coordinate department trainers to instil Wyndham's own staffing standards; and also ensure staff are given the best chance to increase their skills.
read more

19 October 2021 — Scarfi, an Italian national, will direct the F&B teams towards strong financial returns in his department. He will also be entrusted with boosting his venues' visibility in the market while keeping costs under control.
read more

19 October 2021 — Kiliny will lead up the front office team, which also includes the switchboard, guest relations and concierge services. Her professional acumen spans 15 years across the GCC region in markets including Egypt, Qatar and the UAE at notable hotels such as Sheraton Grand, St.
read more
More from Wyndham
Map
Advertisements
Never miss a story again
Sign up for the HN360 daily newsletter
Media Kit – Submit Content
Advertisement
Advertisements