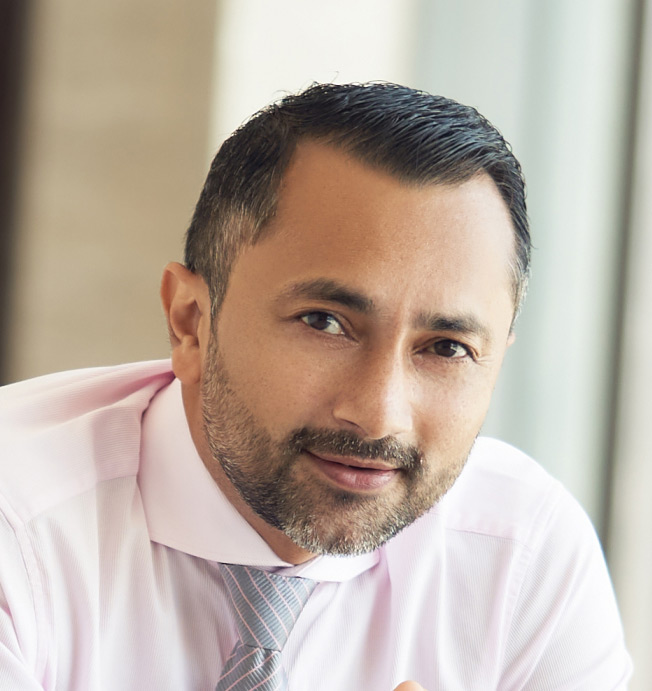 After an outstanding career trajectory with over two decades of experience in the hospitality industry, Julien joins Radisson Blu Hotel & Spa, Nashik as Hotel Manager.

Hailed for his business acumen, people-oriented management style and attention to detail, Julien holds a remarkable track record of successfully opening and transforming several luxury hotels and concept driven restaurants in India. From his very first stint as an apprentice with the Taj Group of Hotels to propelling the operations of Asia's biggest and India's most iconic nightclub - Fire N' Ice, he had garnered a strong foothold in the hospitality industry at a very young age and concurrently became extremely prominent in the social circuit of Mumbai.

Since then and throughout his career Julien has occupied senior roles in award-winning hotels such as JW Marriott Juhu, Mumbai and Grand Hyatt Mumbai where he played a vital role in launching two of its exceptionally popular and iconic restaurants - Celini and the China House, both being game changers in India's ever flourishing food and beverage scene. He has also been part of the pre-opening team at Hyatt Regency Ahmedabad, and at Park Hyatt Chennai - a luxury brand of the Hyatt Hotels & Resorts, he was privileged to receive the Condé Nast Traveller award for The Flying Elephant, one of India's most theatrical and eclectic food and beverage spaces.

A creative, friendly, and passionate hospitality professional, Julien now joins Radisson Blu Hotel & Spa, Nashik as the Hotel Manager, bringing his vision for progressive F&B concepts and cultivating a culture of genuine care and sincere service to cement the hotel's position as a premium destination for leisure, business, and social guests.

28 September 2021 — Radisson Hotel Group has announced the appointment of Evelyn Wong Soo Pin as Vice President, Finance, Tax & IT, Asia Pacific, as the company moves ahead with its transformation strategy. A Singaporean with more than 20 years of professional experience, Evelyn is a graduate of Nanyang Technological University (NTU) in Singapore, where she attained a Bachelor of Accountancy Degree and a Diploma in Maritime Business Management.
read more
More from Radisson
Map
Advertisements
Never miss a story again
Sign up for the HN360 daily newsletter
Media Kit – Submit Content
Advertisement
Advertisements