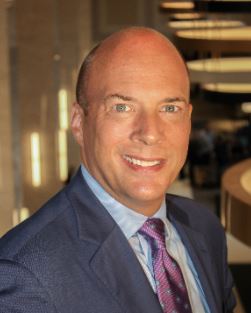 Kenneth Jarka has been named general manager of the iconic 1,107-room Washington Hilton, following the recent retirement of 39-year hospitality veteran, Tracy Marks. Located at 1919 Connecticut Ave NW, Washington, DC this historic hotel offers over 116,000 sq. ft. of meeting space, and has been host to presidents, dignitaries, notable figures, and prestigious events for more than 50 years. The hotel is owned by Clearview Hotel Capital and managed by Hilton Management Services.

Jarka brings more than 30 years of experience in the hospitality industry, most recently serving as general manager of Hilton Minneapolis, the largest hotel in the state of Minnesota. He first joined the hotel industry in 1988 as a front office agent at the Sherry Netherland Hotel in New York City. Throughout his career, Jarka has served as director of operations at The Grand Hyatt New York, The Park Hyatt Philadelphia at the Bellevue, Hyatt Dulles, Sheraton Stamford, Sheraton New Orleans, before becoming vice president of hotel operations at Mohegan Sun where he was instrumental in achieving the number two customer service rating for Luxury Casino Hotels. Jarka joined Hilton in 2011 as hotel manager of New York Hilton Midtown where he effectively managed all aspects of the operation, including a multi-million-dollar renovation of the property.

Jarka has a degree in Hospitality Management from Johnson & Wales University in Providence, RI and has continued his education throughout his career through hospitality management programs at Cornell University.

13 October 2021 — Tamer Farouk has been appointed as the General Manager of Hilton Bahrain, an upscale new hotel and residences expected to open in the first quarter of 2022. Located along Al Fateh Highway, the 348- room hotel will feature studios, one and two bedroom apartments with all the comforts of home and a stunning view of the sea from each unit's balcony.
read more
More from Hilton
Map
Advertisements
Never miss a story again
Sign up for the HN360 daily newsletter
Media Kit – Submit Content
Advertisement
Advertisements