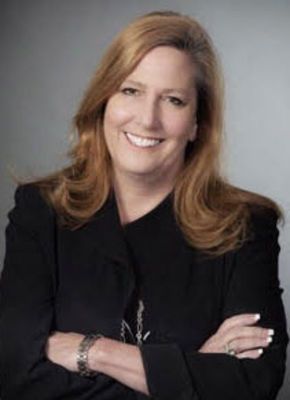 Combining decades of inspiring leadership and deep roots in luxury hospitality, hotelier Colleen Huther has been tapped to lead the team at Hyatt Centric Downtown Denver, which is expected to open later this month. Formerly the general manager of luxury Forbes-rated Belmond El Encanto, Huther is welcomed to her role as general manager of Hyatt Centric Downtown Denver following several executive hotel positions from coast to coast.

Huther's love for hospitality started at age 15 at a small resort in Pennsylvania where she took on any job she was tasked with, from server to landscaper. Shortly after graduating from Indiana University of Pennsylvania, she quickly moved up in the ranks where her strong work ethic guided her through various sales and marketing roles at Grand Heritage Hotels, until her promotion to general manager of Thayer Lodging Group's Annapolis Waterfront Hotel in 1994. That role culminated in her appointment as Vice President of Asset Management where she oversaw eleven full and select service hotels and received recognition as an award-winning top revenue producer. Huther then moved to Southern California, where she served as general manager for several hotels including Embassy Suites Mandalay Beach Resort, Hilton Santa Clara and Hilton Checkers Los Angeles.

Huther received the Marriot Mustang Award for excellent leadership as general manager of Annapolis Marriott Waterfront when Hurricane Isabel struck in 2003. With water up to her waist and a Naval reunion group on property, she led a team to keep the hotel open without a third floor. Her team managed to move the restaurant up to the second floor where they candidly called it "Hurricane Cafe."

25 November 2021 — A young hotelier from Morocco, Said Elmorabet has been appointed to lead the culinary innovation at Hyatt Regency Riyadh Olaya's outlet, 56th Avenue Diner. Elmorabet started his career in 2006. He learned the art of international cooking at several hotels around the world.
read more

25 November 2021 — Ouidane will oversee and handle the operations of the outlets that include 56th Avenue Diner, the 24-hour Tea Lounge, The Market and another upcoming outlet, alongside the F&B operations of the exclusive Regency Club, room service, events and outside catering.
read more

22 November 2021 — Hyatt Regency Salt Lake City announced the appointment of Pina Purpero as the hotel's general manager of the 700-room convention hotel, slated to open fall of 2022. Most recently, Purpero served as general manager at Hyatt Regency Lake Washington at Seattle's Southport where she was responsible for all facets of hotel management, including sales and marketing, food and beverage, revenue management and rooms operations.
read more
More from Hyatt
Map
Advertisements
Never miss a story again
Sign up for the HN360 daily newsletter
Media Kit – Submit Content
Advertisement
Advertisements