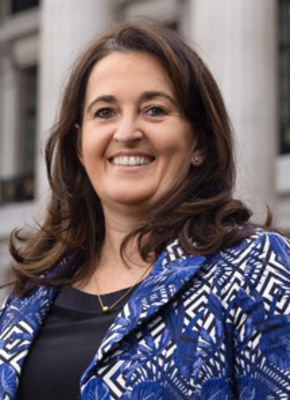 French-born Marie began her career in food and beverage in China and spent a number of years working in different hotels across Asia before accepting her first role with Four Seasons Hotels and Resorts in 2017, where she joined the company as pre-opening and opening Hotel Manager of Four Seasons Hotel Tunis.

Marie has always enjoyed a challenge, successfully opening the Hotel and leading the team at Tunis for three years before being appointed to her most recent role in Sydney - closer to home for her Australian husband. Change of scenery has been a constant throughout Marie's hotel career. From Hong Kong to Bangkok, Phuket to Malaysia, Tunis to Sydney, she has held executive-level positions in multiple countries, fuelling a passion for travel and culture, rooted by her love for the hospitality industry.

Her third appointment with Four Seasons at the historic Ten Trinity Square in London has been an exciting move for Marie and her family.

With three restaurant outlets, a Private Members' Club with its own dining facilities, and a busy catering and events department, Marie has also been able to put her background and experience in food and beverage to good use.

Outside of work, Fleury maintains her sense of balance spending time with her family. An avid trail walker, she enjoys the physical, mental and emotional challenge of courses covering various terrains, inclines, difficulty levels and distances up to 100 kilometres. "The reward comes not only from a sense of personal achievement, but from being part of a team and close to nature while traversing different environments," comments Marie. It's not dissimilar to the rewards she enjoys as a General Manager - working alongside a diverse team in an ever-changing environment.

Though she enjoyed many years of travelling and living in Asia and Australia, Marie looks forward to putting down roots in London - discovering new restaurants and exploring the city with her husband and two children.

Four Seasons Hotels and Resorts is dedicated to perfecting the travel experience through continual innovation and the highest standards of hospitality.