Analyst and Editor in Chief at Argophilia Travel News 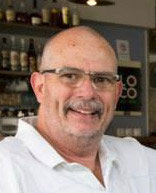 Lefteris Tsikandilakis has risen to be one of the most respected architects in Greece. His work is recognized for both the scope of projects he's undertaken, and for the vision, elegance, and functionality of his designs.
Opinion 8 Jun 2018

Dr. Nikos Igoumenidis is a Heraklion, Crete native elected to the Hellenic Parliament to represent his region, home city, and Crete back in 2015. A cardiologist by profession, he's a former Director of Cardiology at the clinic of the University General Hospital of Heraklion (PAGNI), and currently responsible for tourism on behalf of SYRIZA parliamentary group.
Opinion18 May 2018

If ever there was a contest for choosing a model tourist destination, the island of Crete would certainly be a finalist. And at the geographic center of this vacation paradise, the city of Rethymno is a kind of hidden gem within a treasure chest of local destinations.
Opinion30 Apr 2018

Health Tourism 2018: Medicine Back At Home in Greece

In May of 2017 a distinguished group of doctors and government officials met at a medical tourism summit in Ithaca, Greece. The objective of the summit was to begin paving the road toward a long awaited unified health tourism engine for Greece.
Opinion22 Jan 2018

Water Quality in an “Innovate or Die” Era

Finding real "game-changing" innovation is refreshing if you consider the thousands of startup attempts by businesses trying to make it in a highly competitive environment today. To be honest, finding groundbreaking entrepreneurship is not as common as you might think.
Opinion 2 Nov 2017
Load More
Organization Details