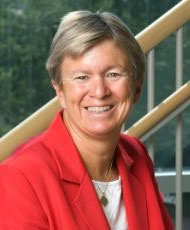 Sheryl E. Kimes is an Emeritus Professor of Operations Management at the Cornell University School of Hotel Administration and a Visiting Professor of Analytics and Operations at the Business School at the National University of Singapore. Her area of specialization is revenue management. She has been teaching, conducting research and providing consulting services in this area for over 25 years. She has published over 100 articles and book chapters and has received multiple awards for her research including the Lifetime Achievement Award by the College of Service Operations of the Production and Operations Management Society and the Industry Relevance Award by the Cornell University Center for Hospitality Research in 2010, 2012 and 2014.

In 2017, she was given the Hotel Sales and Marketing International Association Vanguard Award for Lifetime Achievement in Revenue Management. She was the third recipient of this award.

She has won multiple teaching awards including the Hospitality Teacher of the Year in 1993, 1997 and 2003 and a Ted Teng Teaching Award in 2012. In 2014, she was honored with the Menschel Distinguished Teaching Fellowship from Cornell University. She was the fourth recipient of the award.

We recently surveyed hoteliers across the globe, 70% of whom stated they would be operating their hotel at reduced capacity/occupancy. This is due to a number of factors – to accommodate extra cleaning time between stays, labor costs, government mandates or simply decreased demand to name a few.
Video14 August

Value-based pricing and revenue management in a COVID-19 world

Demand for tourism has collapsed, so how should the industry forecast future demand in light of COVID-19? How do airlines survive a cashflow nightmare? Airline and hotel prices in New Zealand’s hubs are being determined by government policies requiring the quarantining of international arrivals, so what does this mean for revenue management and the impact of domestic travellers? To the tourist who is searching for the best value, price comparison has become the norm, so what does this all mean for selling, distribution and marketing of hotel and travel products? We have asked three of the world’s leading experts on revenue management and value-based pricing to answer these questions.
Video 3 August

COVID-19 has sped up the adoption of food delivery services, permanently altering the business landscape of the F&B industry. However, many businesses have yet to achieve a delivery service experience that delights their customers.
Video21 July

How should hotels respond to the current coronavirus situation? Occupancies are down, mass gatherings have been canceled and tourist arrivals have dropped. I decided to go back and look at some of my previous research to get some tips on how to deal with this.
Opinion 9 March

Total Hotel Revenue Management: Why Aren't We Better at This?

Revenue Management (RM) professionals have been talking about 'Total Hotel RM' (THRM) for well over a decade. In 2010, THRM was predicted to be implemented 'within the next 5 years' by a majority of survey respondents.
Opinion 4 Oct 2019
Load More
Organization Details