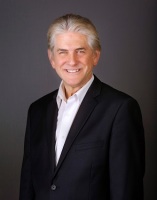 Ken is a member of the International Society of Hospitality Consultants and has spoken multiple times at ALIS, The Lodging Conference, The Global Spa & Wellness Summit and to other audiences. He is a member of the ALIS Planning Committee and has served on nonprofit and advisory boards. His articles have appeared in The Cornell H. R. A. Quarterly, Hotel & Motel Management, Hotel News Now and other leading industry news media. Ken is a Certified Public Accountant, having started his career with Deloitte & Touche. From there he entered the world of executive search and consulting, later joining KPMG’s global search practice in Los Angeles, where he was also a member of the firm’s Entertainment Industry Practice Group. Six years later he was recruited to head executive search in the Western Region for Laventhol & Horwath. After four years Ken left to launch Greger/Peterson Associates, Inc., a highly regarded executive search firm specializing in Hospitality & Leisure. In January 2016, more than 20 years later, the firm merged with AETHOS Consulting Group. Married with three kids, Ken considers family a priority.

Now and then, when hiring people, we as leaders are heard to say, "I'll take a chance on this person." That all seems simple enough, but it is only half the story.
Opinion24 May 2018

The Power Of Empathy In Business: Why Should You Care?

In our first article of this three-part series, we pointed out that 46% of us don't pay attention when we're interacting with someone else, and that full presence is a fundamental requirement for empathy to occur.
Opinion 5 Feb 2018

Communication Between Employees and Management: What If…

What if we could truly achieve understanding, unity and enhanced communication within our organizations, particularly the larger corporate environments? Anything is possible if we can start to think differently.
Opinion 3 Feb 2017

Are You Honestly Willing To Hire Out-Of-The-Box?

One of our clients, which owns and operates prestigious luxury resorts, recently defied 'gravity.' The company was seeking a top human resources executive and considered a number of well-qualified, 'obvious' candidates.
Opinion16 Dec 2016

Note to the C-Suite: Do You Encourage or Discourage?

I was originally going to title this article: Leaders: Do You Encourage or Discourage? Sadly, I instantly realized the title was wrong and will share my reason for that later, so read on. First, let's take a quick look at the C-Suite.
Opinion19 Jul 2016
Load More
Organization Details