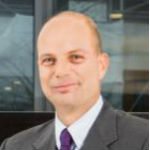 Igor Sekulic is currently Business Communication Senior Lecturer at Ecole hôtelière de Lausanne, with 20 years expertise in the entertainment and event industry. Professeur agrege de l’Universite in social sciences, former student of the Ecole Normale Superieure, his research focuses on social sciences and popular culture. He taught in Nantes University, France, Cesar Ritz Hotel School, Switzerland as well as in the Washington State University Bachelor in Hospitality management program in Switzerland. He served 8 years as manager of the Montreux Jazz Festival management office. He is also the co-founder of Film Export UK the UK film export body representing British cinema at all film markets worldwide, and creator of the London screenings. He is also the producer of several feature films released internationally, among which the sequel to the French box office hit Les Visiteurs.

Appealing to every dimension of human nature

For luxury hotels, coming up with new ideas for innovation is one of the hardest things. However, looking outside the industry, there are some examples of pioneers presenting practical, tangible ideas for overcoming some of the typical barriers to innovative thinking among luxury hoteliers.
Opinion 9 Mar 2017
Organization Details