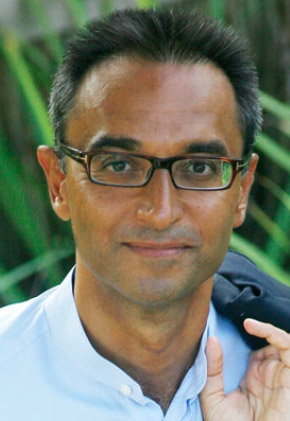 A descendant of Indian Parents, Sonu was born and studied largely in England, with some periods of his education in Nigeria and Switzerland. He is an alumnus of Eton College and a graduate of Oxford University, where he earned an MA in English Literature. During his time at Oxford, Sonu met his Swedish-born wife, Eva. They fell in love with the Maldives and leased an island there in 1990. After considerable effort and some good luck – aided of course by his university degree, their first resort, Soneva Fushi opened in 1995. As the pioneer luxury and environmentally friendly resort in the country, Soneva Fushi redefined tourism in the Maldives and soon became known as the premier beach destination.

Decarbonization of the global hotel industry

The excessive use of resources is particularly concerning for resorts that rely on nature to provide guests with memorable experiences, writes Sonu Shivdasani, Founder, Chairman, CEO and Joint Creative Director of Soneva.

Leading the fight against climate change within the hospitality sector

When it comes to stewardship of our planet’s natural resources, companies must become “solutions” rather than “problems”, writes Sonu Shivdasani, Founder, Chairman and CEO of Soneva. He is convinced that all the businesses in his group can make small changes to their business models, which have no negative impacts on either profitability nor guests’ perception of the company’s products.