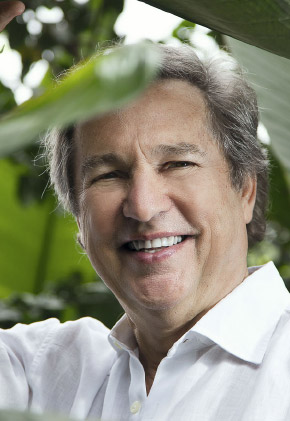 José Koechlin established Inkaterra in 1975, pioneering ecotourism and sustainable development in Peru. Acknowledged by AACSB in its ‘100 Influential World Leaders’ List, Mr. Koechlin is also Chairman of Sociedad Hoteles del Perú and emeritus board member of Conservation International (Washington, D.C.). He has been honored with the 2017 LEC Award in the ‘Large Enterprise’ category; the first-ever HOLA Lifetime Achievement Award (2016); and the 2015 PURE Award for his contribution to experiential travel. To promot e travel experiences in Peru, he has sponsored various publications on nature and culture, and was co-producer of Werner Herzog’s classic films Aguirre, The Wrath of God (1972) and Fitzcarraldo (Best Director, Cannes Film Festival 1982), and Les Blank’s documentary Burden of Dreams (1982).

Driving Resiliency and Sustainability in Hospitality: Five Priorities for 2021

Tourism is not only a source of inspiration; it's a human right. We need to travel, to move, to experience the diversity of culture and nature abroad. Travel makes us wiser, and more sensitive.
Expert View 7 Dec 2020

COVID-19: A stress test for sustainable development in hospitality?

The COVID-19 outcome reminds us how essential it is to manage sustainably all the natural and cultural resources that define each destination – main assets in the hospitality industry.
Expert View 2 Apr 2020

How can sustainability be communicated beyond clichés and greenwashing?

We may agree that the hospitality industry is not heading anywhere if it does not integrate conservation and sustainability to its very core. Our industry relies on human interaction.
Expert View24 Jan 2020

Nowadays, ecotourism is globally perceived as one of the most resourceful industries to attain sustainable development. There is greater awareness on conserving natural resources and cultural patrimony, through tourism endeavors where profitability meets responsibility.
Expert View16 Dec 2019

Our industry plays a key role when pursuing sustainability. Hospitality can contribute to the conservation of natural and cultural resources, as well as contributing to the wellbeing of local communities.
Expert View29 Oct 2019
Load More
Organization Details