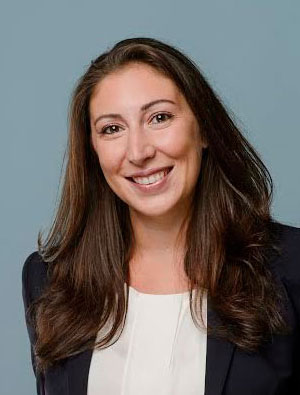 Margaret is a leading industry voice. She’s no stranger to travel tech startups, having led marketing for Berlin-based SnapShot, and prior to that, for TrustYou. And, she’s been recognized for it. In 2016, she was awarded HSMAI Europe’s Top 20 Extraordinary Minds in Sales, Marketing and Technology. Before joining the hospitality technology scene, Margaret held leadership roles at The Walt Disney Company and The Oprah Winfrey Network. Margaret has also provided research, branding and marketing consulting services to many companies, including 20th Television (Fox), Nielsen and Red Bull. She graduated from the University of Southern California (go Trojans!) with degrees in Economics and Psychology and a focus in business. During her studies, she was awarded the USC Annenberg Communications Critical Pathway Grant for her research in new technology and its impact on healthcare decision-making.
Organization Details
Insights by Margaret Ady (20)

The Life-Changing Magic of Giving Up In Emergencies and Beyond

Well, here we are with a widespread global emergency on our hands (no hand washing pun intended). While an economic downturn was predicted for this year, an abrupt shut down was not. Everyone is cancelling plans (government-imposed or otherwise), staying home from work, and well.
Opinion12 Mar 2020

When Volkswagen introduced the Beetle to the United States in the 1950s, it did it with a revolutionary and wildly successful ad campaign: "Think Small."
Opinion 4 Feb 2020

Hotel tech lists—Hotel Tech Must-Haves for 2020 and What All Hotels Need in Order to Succeed Next Year—are like the sloganned-out t-shirts everyone's wearing to the gym these days. Less Whine, More Wine.
Opinion24 Dec 2019

These days, we tend talk about cybersecurity far less than we talk about melting icebergs or political problems or plastic straws. And, of course. Those are things we can do a little something about; we can make our own tiny dent in the environmental crisis or get out the vote, but cybersecurity is one of those problems that feel far out of most our hands.
Opinion 4 Dec 2019
Load More
Organization Details