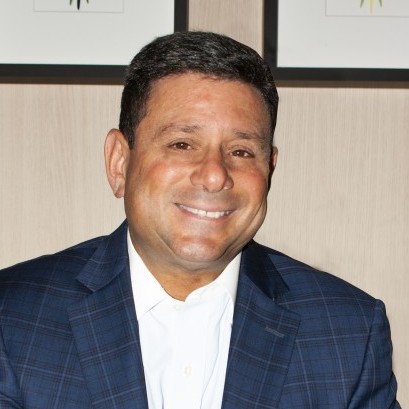 Jay Stein is Chief Executive Officer of Dream Hotel Group, overseeing the evolution and expansion efforts of the Company and its portfolio of brands: Dream Hotels, Time Hotels, The Chatwal and Unscripted Hotels. With over three decades in the hospitality industry and more than 20 years with Dream Hotel Group’s predecessor, Hampshire Hotels Management, Stein has served in a variety of property and corporate roles with both large and boutique hotel brands, including Hilton Worldwide, Starwood Hotels and Resorts, and Doral Hotels. Stein began his career in 1983 with Hilton Worldwide at the Vista International Hotel in the World Trade Center in New York City. A veteran of food and beverage management, he turned his sights to general hotel operations in 1987 and quickly rose up through the ranks to become Managing Director for three Doral Hotels in New York City. In 1995, after taking two of those properties through the transition to Starwood Hotels and Resorts, he stayed on as Area General Manager for almost three years with Starwood. He then joined Dream Hotel Group as Executive Vice President of Operations and was promoted to Chief Operating Officer in 2005, overseeing hotel operations and playing a vital role in the Company’s expansion efforts. Stein was named Chief Executive Officer in 2015. An engaged professional dedicated to making a difference, Stein is a true ambassador for the industry, having spoken on numerous panels at conferences worldwide and having served as adjunct professor for the Hospitality programs at NYC College of Technology and New York University.

Jay Stein, CEO of Dream Hotel Group, talks with James Shillinglaw of Insider Travel Report, about how his company, which has multiple brands in the four- and five-star category has gotten through the crisis, reopening its first hotels this month, although it still has more to reopen.
Video11 Aug 2020

Hotel or business school and academic education in conjunction with skill is a very logical discussion. Hotel and business schools differ some in education but aren't completely foreign or strangers to each other.
Expert View 3 Feb 2020

In short, no. The era of the hotel chain is not coming to an end as they certainly bring value to the industry in many ways, but the way hotels do business is unquestionably changing.
Expert View21 Jan 2020

We are entering into a new chapter for all businesses that demand a sense of urgency and the attainment of meaningful results on the sustainability front. Accor has long taken the view that we're stewards of our incredible locales, and mitigating our impact is a key priority for Accor, and a responsibility the Group has fully embraced.
Expert View11 Dec 2019
Load More
Organization Details