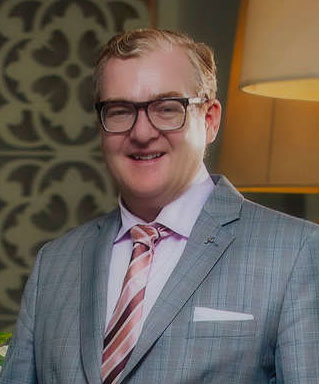 Martin R. Smura leads the overall strategy and management of Kempinski Group. He sets the direction for the company as a pioneering European luxury hotelier, while focusing on operations, resource planning and the relation to hotel owners and investors.

As Chairman of the Management Board, he guides the Kempinski senior executive team and drives forward the company’s strategy to deliver unique guest experiences rooted in craftsmanship.

Aged only 15, Martin R. Smura started an apprenticeship as a chef, finishing it with the best grade across the German state of Baden-Württemberg. Later he graduated with honours in hotel service and administration, which marked the starting point for his international career. Today, 50-year old Martin R. Smura brings a vast amount of management experience and expertise from top international hotel companies on five continents.

Most recently, he was Executive Chairman of the Board of Dorint Hotel Group. Other steps of his career path include a seat on the Board of Azimut Hotels, Russia’s largest hotel group, and the chairmanship of the Board of Directors of Adlon Holding.

His operative spurs he mainly earned during his 15 years with Intercontinental Hotels Group, among others as Director Operations in Eastern and Western Europe. There, aged just 28, he held his first general management post, becoming their youngest Regional GM at 30.

Martin completed his study career in Managerial Finance and Accounting at Cornell University, New York and graduated from California State University, Hayward in San Francisco with an MBA.​

We have experienced a variety of natural disasters and multiple contagions in the past and each time we rebound to previous levels of social and business behaviors — the question is though — how long will it take for a complete recovery?At the time of writing, it appears as though the rate of growth of this virus has slowed down for the first time in China, where it is believed the virus originated.
Expert View 4 Mar 2020