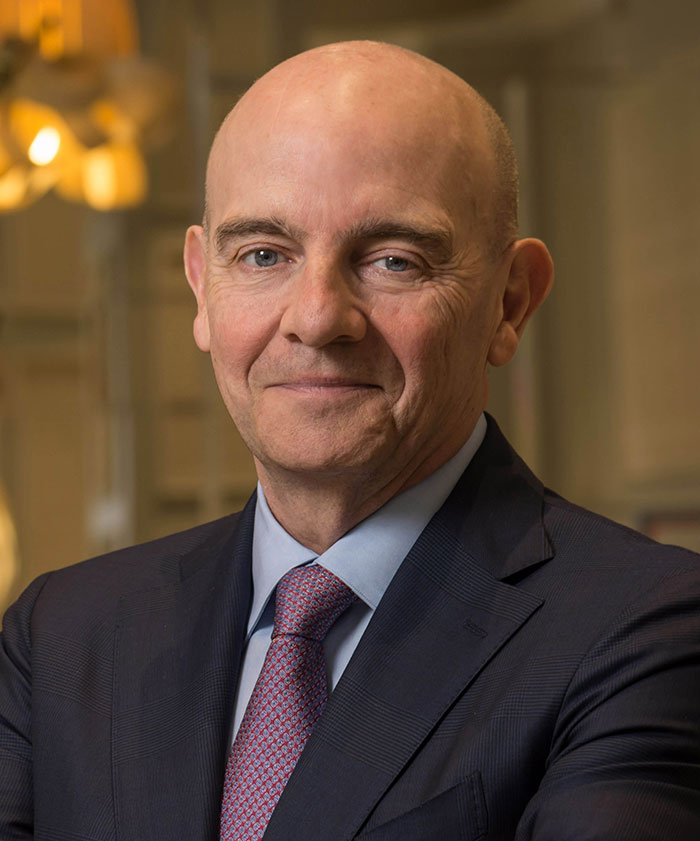 Ramón Aragonés (Madrid, 1954) studied Hospitality and Tourism Management in the University of Palma de Mallorca (Spain) and holds a Master’s Degree in International Hotel Management from the Louvain University (Belgium). He has developed the majority of his career within the hospitality industry, starting off as hotel front office staff in his youth and slowly scaling up until in the year 2000 he was appointed General Manager of the hotel chain Hesperia. From Hesperia he moved into NH Hotel Group, where he was named Managing Director of NH’s Spanish Business Unit in 2010. After two years of excellent results, he moved into the Group’s Headquarters as Chief Operations Officer. In January 2017, Ramón Aragonés was officially appointed Chief Executive Officer of NH Hotel Group. From this position, he is responsible for the delivery of the Company’s Strategic Business Plan, its expansion, the growth and consolidation of its brands and, since end of 2018, its successful integration into Minor Hotels.

We are always open to and excited about having students that come from hospitality or business schools join our company. The hotel industry has changed much during the last few years and the scope of skills of its employees has widened considerably.
Expert View 3 Feb 2020

I don´t think the hotel chain era is coming to an end. It's true that clients are evolving though, as are their preferences. There is a much wider offer in terms of product and consumers have more clarity as to what they want as well as access to different ways of managing their reservations.
Expert View21 Jan 2020

Nowadays IT is highly strategic for all industries, including hospitality – where the role of technology has grown significantly in the past decade. During the past few years, NH Hotel Group has made a relevant investment in technology, avoiding the archetypal IT approach that combines multiple systems and integrations that imply high maintenance costs, lack of flexibility, low quality of information, and inverse economies of scale.
Expert View19 Dec 2019

More and more, guests, institutions and employees are demanding that companies pay more attention to environmental aspects as a key part of their decision-making and business strategy, clearly showing a shift in the general perception of the importance of climate change and responsible behavior.
Expert View11 Dec 2019

Although the macroeconomic climate and stability have contributed to shape a favourable environment for tourism companies in the past decade, at NH Hotel Group we have taken exponential advantage of these conditions to safeguard our future in a more competitive and complex context.
Expert View 4 Dec 2019
Organization Details