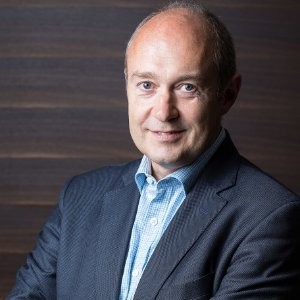 Currently I head up the team responsible for developing Hyatt`s various hotel brands in the region Europe, Africa, Middle East and the Indian Sub-Continent. Previously, I have held development positions in a number of international hotel groups including Dolce, Le Meridien, Forte, Marriott, Whitbread and Choice Hotels International. I have tried to build up my career by gaining a diverse and extensive experience in many aspects of the hospitality industry, having been involved in varied aspects of real estate finance, development and consulting for more than 30 years. I have held a number of operational roles, with both independent hotels and groups such as Hilton and Accor in France, Germany, Sweden and the United Kingdom before moving into consultancy working on market and financial feasibility studies throughout the world. In the last 30 years I have been involved in deals to buy, develop, sell, lease, manage and franchise over 50 hotels. Since joining Hyatt, to set up the development team for the region, we have closed over 75 hotel deals through acquisitions, management and franchising. From a small team of just three developers we have now grown to a team of some ten developers based in London, Zurich, Nairobi and Gurgaon.
Organization Details
Insights by Peter Norman (2)

Is the wolf scratching at the door? Lessons learned so far from the COVID era...

The journey you started with us several years ago I believe has put us at an advantage in reacting and dealing with today's challenge that is having such an impact on the hospitality industry.
Expert View21 January

There is no magic wand or a specific solution that fits all situations today. Regardless of the type of contractual relationship the parties should be communicating on a regular basis and working together to find the solutions that work for both parties if their relationship is to stand the test of time.
Expert View 3 Aug 2020
Organization Details