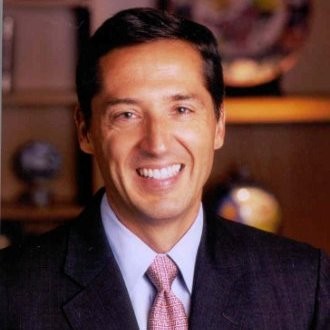 Prior to co-founding Kadenwood Partners in 2015, Scott was Executive Vice President, Worldwide Development for Four Seasons Hotels and Resorts. In this role, he was responsible for overseeing Four Seasons global expansion, initially in Singapore for the Asia Pacific region, and since 2007, on a global basis in Toronto and London. He also was a member of the Company's Executive Leadership Team. During his tenure, Four Seasons grew from 53 hotels in 2000 to 96 hotels at the end of 2014. Scott has extensive relationships with hotel owners and investors worldwide, and was responsible for oversight of all aspects of Four Seasons' partner identification, investment, and unit growth. Prior to joining Four Seasons in 2000, Scott had a 10-year career in hotel development, representing both hotel companies and real estate owners, in Seattle with Westin Hotel Company and then in Chicago with Strategic Hotels and Resorts. Prior to entering the hospitality industry, he had a successful career practicing real estate law in Washington D.C. He has an A.B., cum laude, from Cornell University, majoring in Political Science, and a Law degree from the George Washington University National Law Center.

There is no magic wand or a specific solution that fits all situations today. Regardless of the type of contractual relationship the parties should be communicating on a regular basis and working together to find the solutions that work for both parties if their relationship is to stand the test of time.
Expert View 3 Aug 2020

Strategy needs to be ON even when the world is OFF

The big question mark after the coronavirus crisis is, what will be the people's perception? In the short term, the customers and our employees will need to be reassured, with re-inforced hygiene control processes.
Expert View13 Apr 2020

As travel becomes more accessible, it makes sense that lodging options need to grow, thus transactions increase. RevPAR may not follow this ongoing growth, yet a savvy investor will know that other KPIs, like guest satisfaction and overall profitability are more important long-term metrics to look at.
Expert View11 Feb 2020
Organization Details