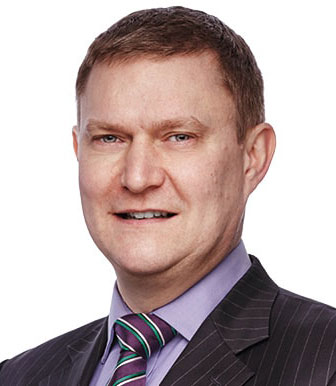 Kenneth is responsible for the performance, system size growth and reputation of Europe, Middle East, Africa & Asia (EMEAA), IHG’s most diverse operating region. Based in London, Kenneth manages a broad portfolio of more than 1,000 hotels and support operations in some of the world’s most exciting destinations, in both mature and emerging markets. Kenneth was previously IHG’s CEO for Greater China, a role he held from 2013 to 2017. Kenneth led the accelerated growth and performance of the entire region during this period as well as a number of milestone projects. These included the continued expansion of IHG’s brands and the launch of the Holiday Inn Express® Franchise Plus model, key to IHG’s future scaled growth in the Chinese market. Kenneth has extensive experience across sales, marketing strategy, business development and operations. In addition to 12 years living and working in China, Kenneth’s career includes experience in Asia, the UK and South Africa. Prior to joining IHG in 2013, Kenneth worked for 20 years at Diageo, one of the UK's leading branded companies. His senior management positions included serving as Managing Director of Diageo Greater China, where he helped to build the company’s presence and led the landmark deal to acquire ShuiJingFang, a leading manufacturer of China’s national drink, and one of the first foreign acquisitions of a Chinese listed company. In 2017, Kenneth received the Shanghai Magnolia Gold Award for expatriates for his outstanding contribution to the city's social and economic development, having previously been awarded the Shanghai Magnolia Silver Award in 2009. Kenneth received his Bachelor of Science degree from the University of Bristol in the UK and speaks fluent French.