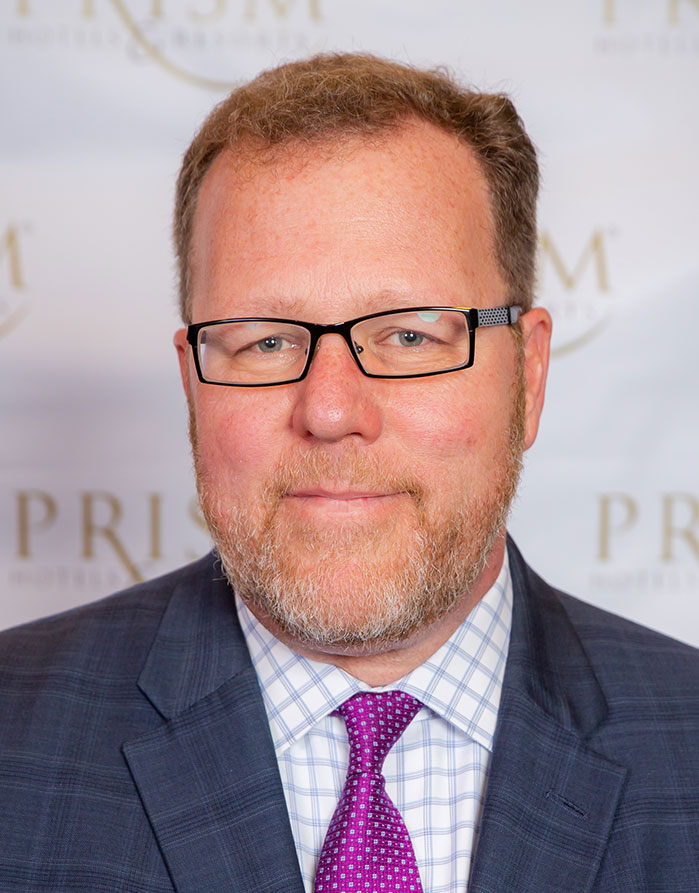 Mark Van Amerongen is the Chief Operating Officer for Prism Hotels & Resorts, where he brings more than 25 years of professional hospitality leadership experience to an award-winning full-service hotel management, investment and advisory services company. Mark began his career in hospitality with Hyatt Hotels and quickly progressed through several flagship full-service hotels. Shortly after, he joined Marriott International, where he held several executive committee and general manager positions for the full-service hotel division throughout the U.S. Mark moved from single property positions to multi-property assignments, including the Regional Director of Operations on the West Coast for Marriott and Renaissance full-service hotels, before heading to Las Vegas as Marriott’s Area General Manager overseeing the Marriott Managed Hotels in that market. Prior to joining Prism, Mark spent eight years as Executive Vice President with Western International in Dallas overseeing the growth of the management company from start-up to more than 45 hotels.

Human Resources: Strategies and Solutions for an Industry on the Verge of Crisis

Hotel management professionals responsible for hiring are raising the bar to deal with the ongoing and worsening labor shortage. The costs and consequences of a bad hire have become so significant, that the HR team quite literally can't afford to get it wrong.
Opinion26 Mar 2020
Organization Details