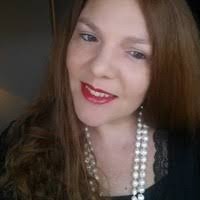 Anne Gombault is a professor of management at KEDGE Business School, where she directs the Creative Industries Culture Expertise Centre in Bordeaux and the MSc Arts & Creative Industries Management in Paris. She is also pedagogical manager of the French part for KEDGE of the Franco-Chinese Institute of Arts and Design Management in Shanghai, which has just opened in partnership with the Central Academy of Fine Arts (CAFA) for the Chinese part, KEDGE and Paris-Sorbonne University for the French part. Her research focuses on organisational identity, behaviour and strategy of arts and cultural organisations and creative industries in general. She has carried out studies for various institutions, including the European Union, the French Ministry of Culture, the Louvre Museum, regions and cities in various regions of the world. Her work is published in France and abroad. Among other projects, she has contributed to the contemporary organisational history at the Louvre Museum. Her most recent article, appearing in the International Journal of Arts Management, describes the crisis of the fire at Notre Dame cathedral. She is an honorary board member of the International Association of Arts and Cultural Management. She is a board member of Musée Guimet, the National Museum of Asian Arts in France, and the Aquitaine Culture endowment fund.
Organization Details
Insights by Anne Gombault (1)

Coronavirus (and other problems): 2020, a dark year for global tourism

The coronavirus health crisis, tracked statistically in real time by Johns Hopkins University, is hitting the global economy hard and the tourism industry most of all. The World Tourism Organization (WTO) is expecting a drop in tourism revenue of 300 to 500 billion dollars in 2020, up to one-third of the 1,500 billion generated in 2019.
Opinion 5 May 2020
Organization Details